After President Trump took office, he declared that North Korea would be his biggest global challenge. Otto Warmbier’s death this past week only worsened an already complex and unpredictable situation.

Warmbier, who was just 22 years old, died Monday after returning home in a coma from North Korea, where he had been imprisoned for supposedly stealing a poster from his hotel in January 2016. According to neurologists, the young man likely had no chance of recovering from the brain damage he suffered while he was held captive.

In a statement, President Trump said Warmbier’s death only strengthened his resolve "to prevent such tragedies from befalling innocent people at the hands of regimes that do not respect the rule of law or basic human decency.”

Trump’s administration was also quick to point out that North Korea had a heavy hand in killing Warmbier. "The United States once again condemns the brutality of the North Korean regime as we mourn its latest victim," the statement read.

This isn’t even close to the end of tensions with Kim Jong-Un. North Korea still has three American prisoners. And a nuclear program.

“I believe [Warmbier’s death] is going to set back any serious discussion about a diplomatic dialogue until this is cleared up,” Bill Richardson, the former governor of New Mexico and an expert on North Korea, told The New York Times. “I think the first objective has to be to get the three other Americans out, and get a full explanation of what happened to Otto Warmbier.”

Otto Warmbier should never have been in jail for tearing down a stupid banner. And he most certainly should not have been murdered for it.

Cheng Xiaohe, a Chinese professor of international relations who also spoke to The Times, added that Warmbier’s death could set “hard-liners” in Trump’s administration starkly against any peace negotiations with North Korea. “I believe the U.S. will not let the issue slip away quietly and will take retaliatory actions soon if North Korea fails to make a conciliatory move regarding the detainees,” Xiaohe said.

Even if North Korea somehow decided tomorrow to set free its American detainees, there would still be the immense problem of North Korea’s nuclear testing. 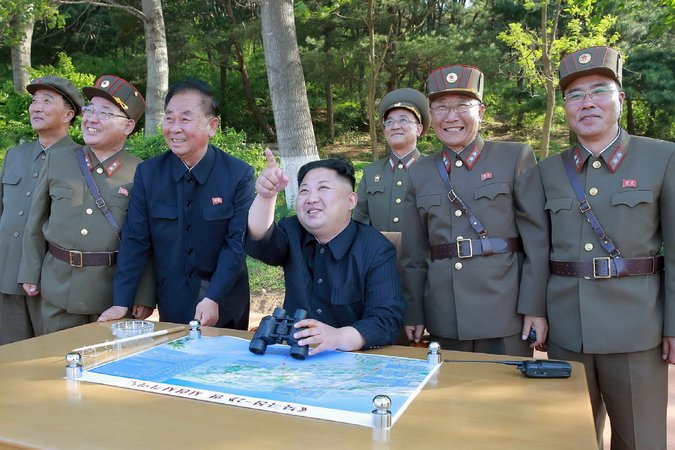 According to CNN, North Korea has already tested out a number of missiles this year, along with engines that could be used to make their weapons reach distant targets.

The Trump administration has called on China, a North Korean ally, to do more to stifle North Korean nuclear aspirations. The Times reports that Chinese and American officials are due to meet this week, but a plan on North Korea might not be likely. Although China called Warmbier’s death a “tragedy,” it did not denounce North Korea’s treatment of him.

South Korean President Moon Jae-in is also set to meet with Trump this month to discuss North Korean relations. Moon is expected to push for the U.S. to talk with Kim Jong-Un. However, Warmbier’s death is likely too fresh in the minds of Americans for peaceful talks with North Korea—especially if they don’t release the rest of their American hostages.