In the cutest news of the day, a golden retriever photobombed all of the Google street map photos on an island in South Korea.

It's a pretty remote place—in fact, only three people live on the island of Jukdo, according to a 2004 census. It's less than half a mile long, and since there are no roads to travel on, Google Maps provider Daum used a backpack to film the scenery instead of driving the Google car.

As it turned out, the most adorable and friendly golden retriever dog followed the Google mapper throughout the filming process sometime since July 2010. He's like this loyal little sidekick wandering through neighborhoods, parks and oceanside trails. Needless to say, I've found my next hiking buddy. 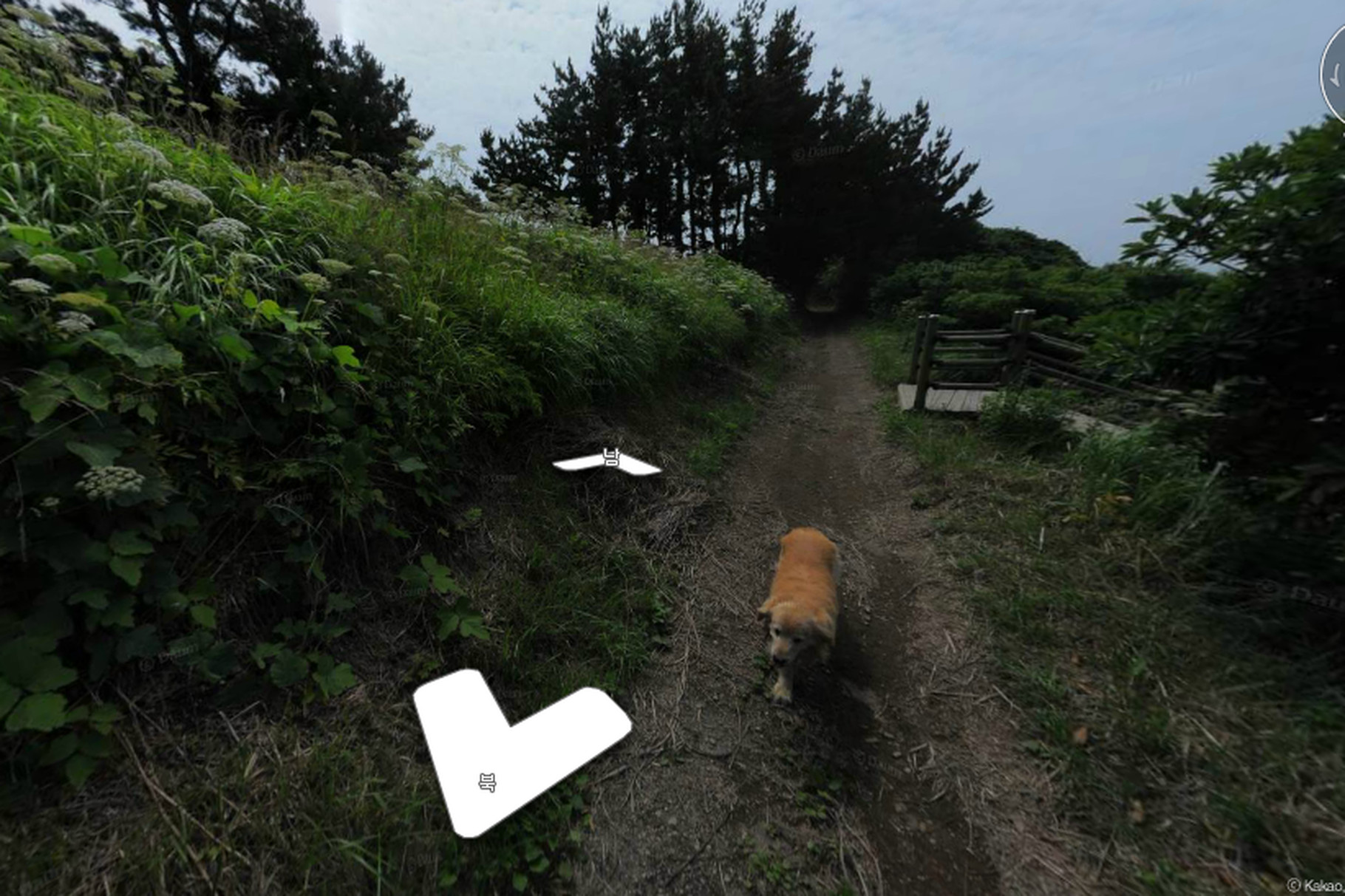 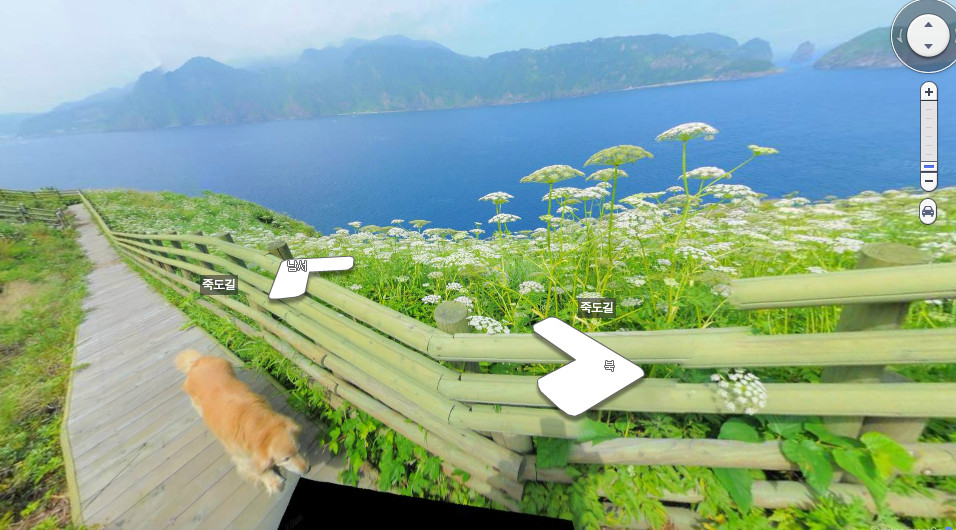 Also this seems like the best job ever – I want to travel to a remote island and hang out with a pup for work. As Robert Frost once said, take the road less traveled by and you might find a cute fluffy dog. I'm getting serious Marley and Me flashbacks thinking how sad it must've been to part ways once the filming was done.

At least now when you go on street maps, you can try to look for this surprise doggo to make your day. I say that from now on, Google has dogs follow all their street mappers everywhere. Please?