After watching countless episodes of Greek, reading articles and getting advice from your sorority friends, you feel like you’re ready to take on sorority recruitment. But after going through the rounds of the process, you come out without a bid. Unfortunately, life isn’t actually an episode of Greek (as much as we wish it were), and not every collegiette ends up in a sorority after rushing.

However, all hope is not lost for those who still want to experience Greek life! There is a lesser-known way to join a sorority called continuous open bidding (COB). If you didn’t receive a bid, or maybe you decided to join a sorority after rush has ended, COB could be your chance to go Greek.

What is continuous open bidding?

Continuous open bidding is an informal process that some sororities use to take in new members. This process gives collegiettes a chance to join randomly throughout the year in a setting that is relaxed and easy. COB has no set guidelines or formal structure, and it can happen at any time of the year for several different reasons.

Sororities choose to use this process for several different reasons. Susannah Hine, a Kappa Alpha Theta sister and a senior at the University of California, Irvine, says, “Sororities normally have to COB if they are below quota (due to girls graduating, not getting enough girls in fall, girls deactivating, etc.) and they have room to take more girls.”

If you’re interested in joining a newer sorority on campus, it is likely they will have COB as well. “My sorority has continuous open bidding because, as the newest sorority on campus, we are looking to meet the general size of the other sororities on campus,” says Katie Naymon, a sister of Kappa Alpha Theta and a junior at John Hopkins University.

How is COB different than traditional rushing?

Unlike formal recruitment, there is no “rush week” and no formal invitation of acceptance. Sororities are responsible for reaching out to girls and inviting them to participate.

You also don’t make the rounds to different houses, so if you have your heart set on one particular sorority, COB may be a good option for you. “I think that COB is great for girls who know that they want to be in a certain sorority and don't want to have to go through the recruitment process for the others on campus,” Katie says.

How does COB work?

Sororities choose whom they want to participate in COB a few different ways. For example, they can choose from those who rushed and didn’t make it into a sorority. If they were interested in you before but you didn’t make the cut for some reason, they may ask you to come to a COB event to get to know you better. If you didn’t rush but you would like to be considered, most schools have a list that you can sign up for in order to be chosen. Also, if you have friends in a sorority already, they can sometimes recommend you if you let them know you’re interested in joining.

Once you get invited to a COB event, you get to know the sorority and the members and are then able to choose to continue. You get to skip the entire process of recruitment and go right into pledging.

Why should you participate in COB? 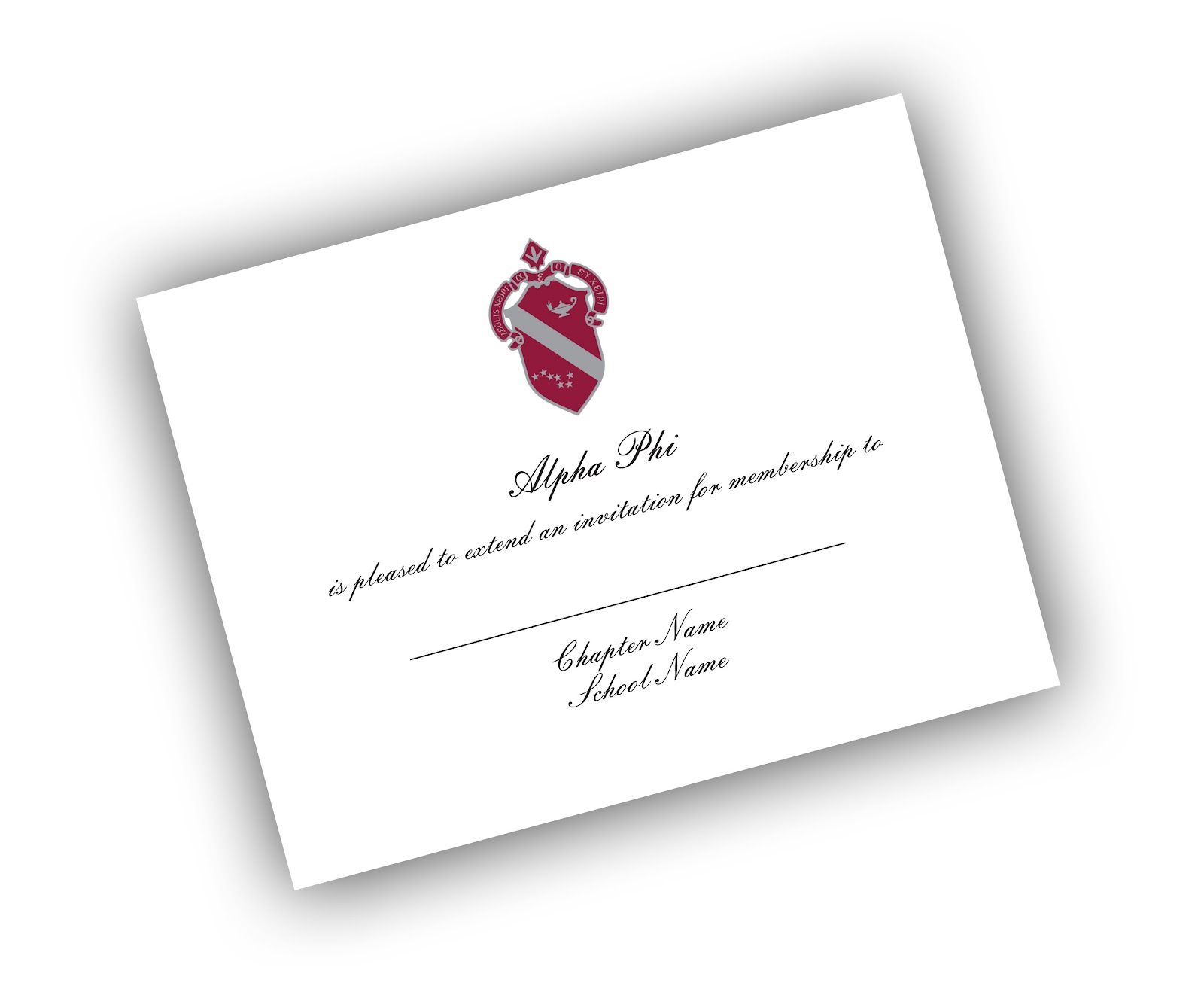 The rush process can be intimidating for some girls. “I really recommend [COB] for anyone who is a little freaked out by the process of formal recruitment,” says Christina Madsen, a senior in Alpha Chi Omega at Barnard College.

With so many other people fighting for limited spots, it’s easy to find yourself struggling to show off your dazzling personality and the reasons why you would be a great asset to the sorority. “It's how I joined my sorority,” Christina says. “For me, it was just so much more comfortable than formal recruitment. Formal recruitment is a great process, but for some people it can be a little hard to show a sorority how great you are because it can be exhausting or intimidating.”

COB allows the process of joining a sorority to be more intimate. Because it’s informal, you’re able to relax and connect with the members more than if you were to do formal recruitment. “COB really gives potential new members a chance to come out of their shells and get to know us,” Christina says.

If you want to get to know a sorority in a more intimate setting without a hundred of other rushees, continuous open bidding is your in!

If you have ever thought about joining a sorority but were wary of the recruitment process, participate in continuous open bidding! It may be the perfect way for you to go Greek.