On Nov. 2 Marvel fans will get to see the third Thor installment, Thor: Ragnarok. One character to keep an eye out for? Valkyrie, played by Tessa Thompson. In addition to being a total badass, Valkyrie is bisexual, making her the first LGBTQ+ character to be featured in the Marvel Cinematic Universe. 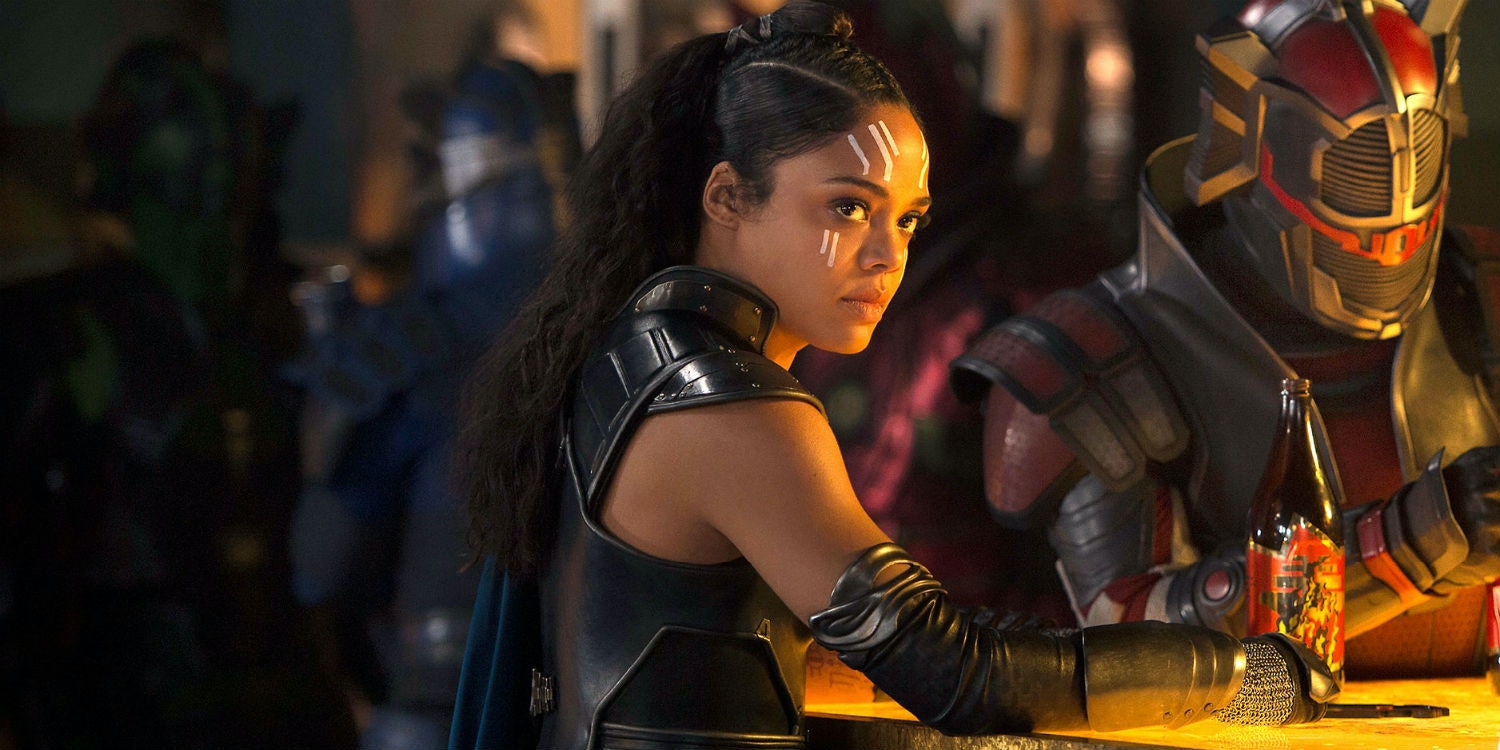 Tessa confirmed her character's sexual orientation after an annoyed fan tweeted that Valkyrie is a "typical sexless Marvel tomboy." Another chimed in to say Valkyrie is a "big ole lesbian" in the comic books.

nope sorry. not valkyrie. typical sexless marvel tomboy..oh but with wisecracks and 'attitude'. she used to be cool and sexy pic.twitter.com/f15H4iqqsR

Valkyrie in the comics is a big ole lesbian so I doubt she would give your opinion any thought.

That's when Tessa cleared the air and shut down the haters. "She's bi, and yes, she cares very little about what men think of her. What a joy to play!" the actress tweeted.

She’s bi. And yes, she cares very little about what men think of her. What a joy to play! https://t.co/d0LZKTHCfL

YES! Val is Bi in the comics & I was faithful to that in her depiction. But her sexuality isn’t explicitly addressed in Thor: Ragnarok. https://t.co/hmb5lYN5to

That's a bit of a bummer, but at least we know Valkyrie is bisexual and Tessa incorporated that part of her identity into her portrayal of the character. It's hard to say what love stories we can expect in Thor: Ragnarok, but all our questions will soon be answered. Regardless, I think Tessa is going to be so amazing in this film, and I can't wait to see it.