Good morning Her Campus! With a break-neck news cycle, there is no possible way for you to stay on top of every story that comes across your feeds—we’re all only human, after all.

But, life comes at you fast. So grab a cup of coffee and settle in for this quick and dirty guide to stories you might’ve been sleeping on (like, literally. It’s early.)

Social Networks Will Testify in the Senate's Russia Investigation...

All social media, good or bad, can come back to haunt you. After Facebook's reveal that Russians has bought over 3,000 political ads on the website, Facebook, Twitter and Google officials have been asked to testify to the Senate Intelligence Committee on November 1. BuzzFeed News reports that Facebook hosted several fake accounts connected to a "Russian troll farm" that spent about $100,000 on political ads during the 2016 election season. To prevent these issues in the future, Democratic senators are reportedly discussing legislation that would lead to greater ad transparency online.

In a bizarre plot twist, not all of these social media ads were tied to what you'd assume they'd be. CNN reports that at least one Facebook ad purchased by Russians focused on Black Lives Matter and was targeted at Baltimore and Ferguson residents. Because of those cities' ties to racial protests, it's believed that Russian buyers' goal was to "amplify political discord," as other ads promoted more conservative issues such as gun rights.

Say What You Want About McDonald's, but I'm Definitely Not Lovin' It

In a ranking of the top 25 U.S. fast food chains based on their usage of antibiotics, only two came away with straight As, while 11 of the restaurants received Fs. Chipotle and Panera Bread were at the top of the pack, meaning that those chains have ensured that their pork, beef and poultry are raised without antibiotics. You may want to wean off the Domino's for the time being after seeing this chart. 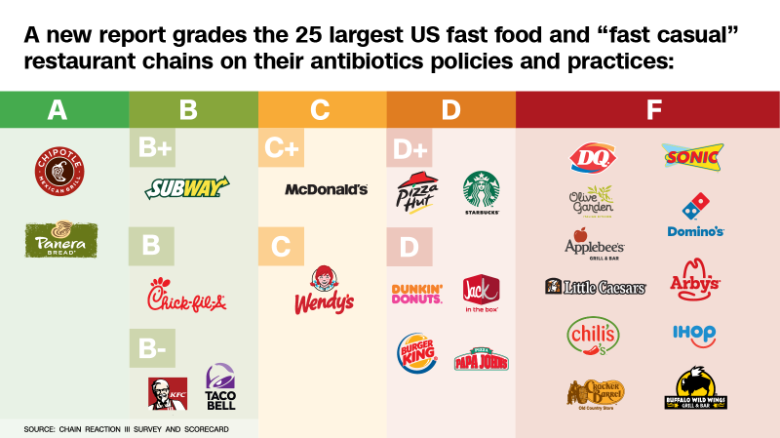 Today is International Safe Abortion Day, primarily promoting women's groups in Latin America and the Caribbean working towards the decriminalization of abortion in these areas. Take a moment to remember those who fight for bodily autonomy and safe and accessible healthcare worldwide.