The 2017 Creative Arts Emmys were this weekend, and our favorite, Alexis Bledel, won her first-ever Emmy! She won the award for Best Guest Actress in a Drama Series for her incredible performance as Ofglen in Hulu's The Handmaid’s Tale. 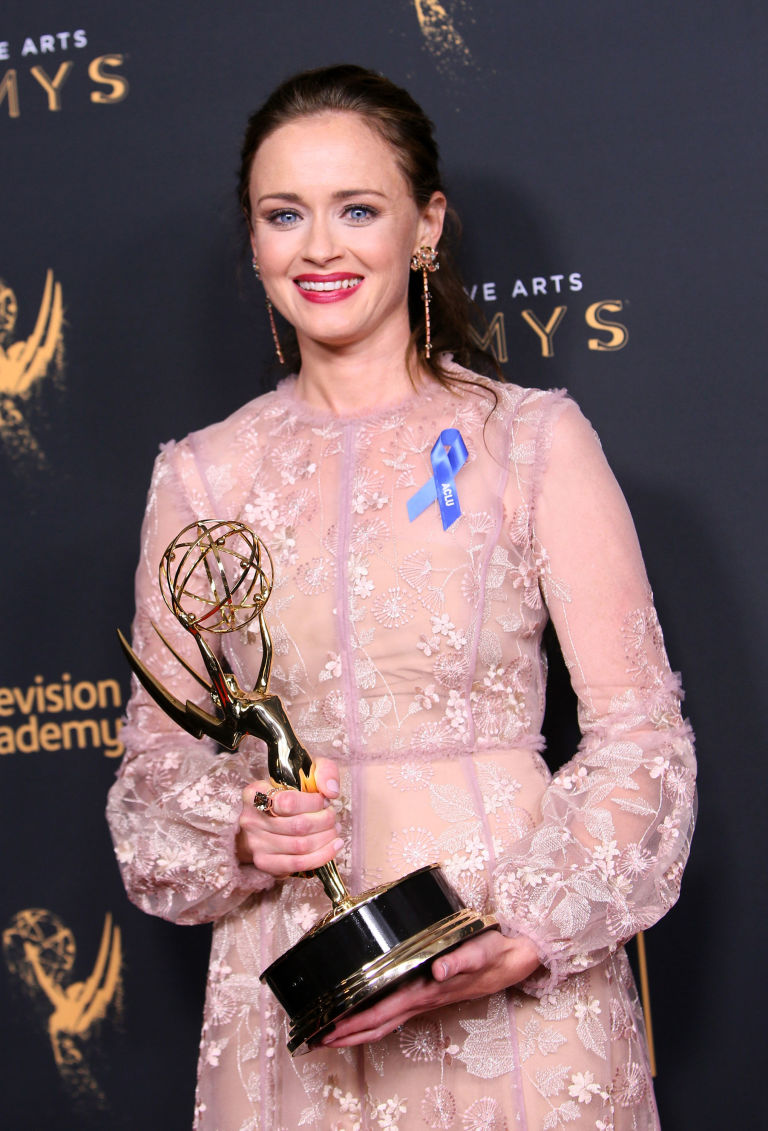 By the way, if you haven’t seen The Handmaid’s Tale, you need to watch it now. It’s one of the most captivating series of 2017 with feminist themes I can get behind. (And if you don’t have a Hulu subscription already, you’re in luck—Spotify and Hulu just announced a $4.99 monthly bundle for college students.)

Back to Alexis and her Emmy win. “I’m surprised and really excited [and] a little emotional,” she told Entertainment Tonight after she picked up the statue.

Bledel also shared how grateful she feels to be part of such a relevant and moving show. “I’m so fortunate to be a part of such an incredible company of actors and to get to tell this story now is just such an honor. People had such strong reactions to it, and it’s been so interesting to talk about everything it brings up for people. To continue doing the work, to get to go back and keep doing the work is just so exciting.”

According to Refinery29, Alexis also hinted at a darker Season 2. Bledel has already been upped to a series regular for the show's second season, so we’ll be seeing a lot more of Ofglen then.