Competing in a worldwide robotic competition against teens from 150 nations sounds difficult enough as it is, but six young women from Afghanistan faced an additional challenge. After attempting to secure visas to enter the U.S. to compete in First Global, they were denied. Twice.

According to Al Jazeera, other countries listed on Trump’s list of banned Muslim-majority countries, such as Syria and Iran, were granted visas to compete. But the teens from Afghanistan, a country not listed as banned, were not granted entry. After their story received worldwide attention, the team was granted the necessary documents to enter the U.S. just a week before the competition started. Better late than never, right? 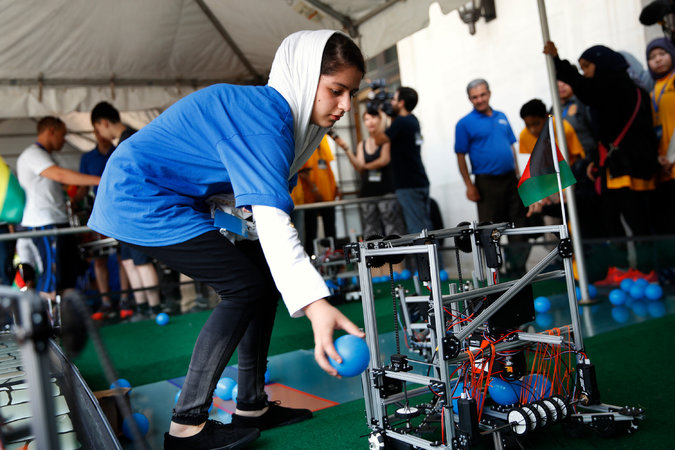 Participating in the competition was an opportunity these young girls did not want to miss out on. “We’re not terrorists,” Alireza Mehraban, an Afghan team mentor and software engineer, told The New York Times. “We’re simple people with ideas. We need a chance to make our world better. This is our chance.” Other teams commented they were using the competition to help further their educations so they could later return and improve their countries.

Even though they didn't receive one of the top scores, the team of Afghanistan girls did earn a silver medal for "courageous achievement," which was very well-deserved. According to the Times, a member of the Myanmar team, Wai Yan Htun, admired the girls. “We love them,” he told the paper. “They’re like superheroes in this competition.”

This medal was undoubtedly an amazing achievement that will inspire viewers all over the world to continue to strive to make the world a better place.