No matter how old I get, part of me always wishes I could spend a day in the life of the Tanner family on Full House. My jealousy of their awesome San Francisco house has never died down, and I may secretly want to raid the girls’ closets for their ‘90s fashion.

However, looking at the show from an older perspective totally reveals that the three Tanner sisters are basically every trio of sisters ever. DJ, Stephanie and Michelle are perfect examples of how your sisters can be both your best friends and worst enemies—and how your lives just wouldn't be the same without them. Below are 15 Tanner sister moments that could easily be straight out of you and your sisters' own memories.

1. When DJ and Stephanie enlist Michelle to cover up for them

Life lesson: Always send the cutest, youngest sister to distract the parents when you’ve done something bad, like accidentally punching a hole through your dad’s bedroom wall.

If you have multiple sisters, you probably had to share a room at some point. While there were definitely moments when you wanted to kill each other, it still felt weird when one of you moved out and the other sister’s snores were no more.

Your mom definitely loves those baby pictures of you all in matching outfits.

The middle girl of three sisters is totally the loudmouth of the group and isn’t afraid to call attention to herself.

5. When Stephanie and Michelle tag along on DJ’s first date with Steve

What are little sisters for, if not to tread on your high school love life a little bit? Granted, DJ was babysitting when the chance to go out with Steve came up, but all big sisters can relate to towing along little sisters when you want to hang out with a boy.

6. When Stephanie is cast in a commercial DJ auditioned for

For the Tanners, it was a cereal commercial, but for most of us, it’s a stolen shirt or broken curling iron that sets off some of our biggest sister feuds.

7. When Stephanie just can’t deal with Michelle on their Disney World vacation

The happiest place on Earth can be a little miserable if you’re stuck with your little sister the whole time. Since we don’t all have Tanner-style vacations, it’s likely sharing a hotel bed or ~that~ annoying road trip that makes us want to kill our sisters when we’re traveling with them.

8. But their resolution reminds you of how fun a sister vacay can be

Your little sister asking you to be a Disney princess with her is the ultimate sibling goal.

9. When DJ and Stephanie argue over who Tommy Page likes more

Whether it was a celebrity or the guy next door, you and your sister had some kind of feud over boys. Although, whatever boy you fought over definitely wasn't around for long!

10. When Steph tries to prove that Steve is cheating on DJ

Your sisters can be your most loyal friends, and if they’re getting bad vibes about someone in your life, you better believe they’re going to make sure you’re okay. Luckily for the Tanners, Steve’s mystery girl turned out to be his cousin, so Stephanie’s well-meaning investigation was only a funny mix-up.

11. When Michelle develops a tap-dancing habit, much to Stephanie’s dismay

Sisterhood isn’t all hair braiding and cute TBT pics. More often than not, one sister has an annoying little quirk or phase that drives another sister absolutely bananas.

12. When the older girls convince Michelle she’s sick so she doesn’t go to a concert with them 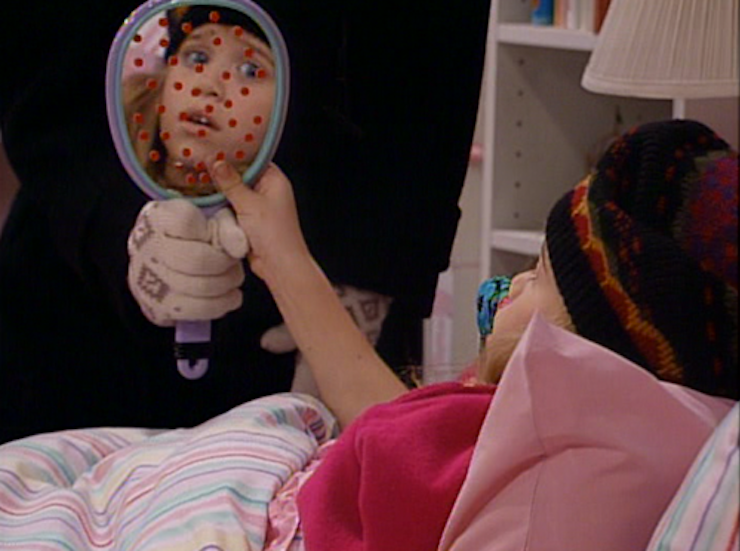 If one sister is considerably younger than the others, then the older sisters are totally going to get some special privileges, like going to see your fave band before the baby of the family can go.

13. When DJ and Stephanie are being lazy together

Sisters who binge-watch together stay together.

14. When DJ intervenes in Stephanie’s plans to go joyriding

Being a teenager is tough, and sometimes you can’t confide in a parent when certain things come up. DJ stepped in when Stephanie put herself in danger by joyriding and prevented her from making a huge mistake.

15. When the girls prove that everything is better when you’re with your sisters

What would life be like without them at your side?