When University of Texas senior Rachael Malonson was crowned Miss Black UT, she didn't realize her victory would spark an internet controversy over her racial qualifications. Once the fraternity who hosted the pageant (Kappa Alpha Psi) posted a picture of Rachael on Twitter, people stormed in with a flood of negative comments about her, mostly debating whether she was "black enough" to deserve the crown. 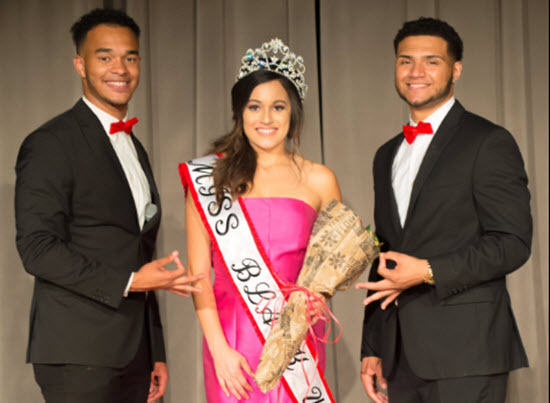 The criteria for the pageant? To be a woman with “some African-American heritage." Rachael is biracial, but apparently, that's not enough for some people. Hundreds of comments like this can be found in response to KAP's original post.

Unfortunately, Rachael is used to this kind of attention. She told Cosmopolitan, "Growing up, I've constantly [been] questioned as to if I was black enough or even black—I have fairly straight hair and an olive skin tone that people don't usually think fits the 'look' of a black or biracial woman." People have even laughed at her, or asked to see pictures of her parents after she tells them she's biracial. But she's not letting the negativity keep her down. Along with support from the other contestants in the pageant, Rachael says she's received messages of encouragement from her community. “One father personally reached out to me to tell me that his little daughter is biracial and struggles with her identity and that I was an inspiration for his daughter and his family," she said. Her response to those who continue to tear her down? "I hope their eyes can be opened to know that we come in all different shades and don't have to look a certain way to be black … I am humbly honored to have already been able to impact people all around the world by standing up for who I am as a biracial black woman.” You go, Rachael.