Ah, Paris Hilton—the poster woman of the '00s. She pretty much single-handedly pioneered every trend we know and love today. Before tracksuits were considered couture, before having a personal brand was normal, heck, before the selfie was a worldwide phenomenon, Paris was doing it. It wouldn't be wrong to even say she crafted the millennial persona with her penchant for partying and defying traditional norms. 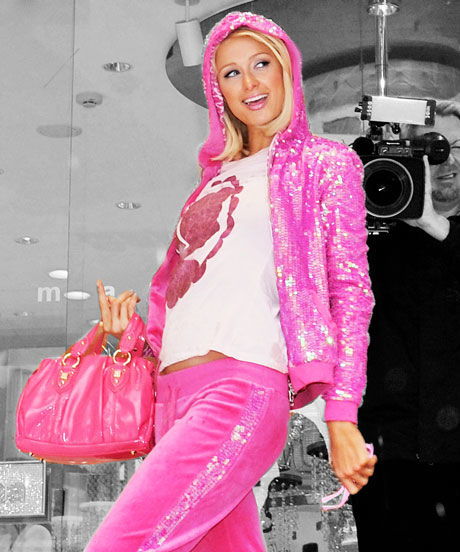 Taking a break from her busy schedule (did you know she DJs in Ibiza every year?), Paris sat down with W Magazine to discuss some of her favorite trends from way back when. Of course, there's the Millenial Pink that she used to wear like, every day. Also, graphic tees. "T-shirts are the best to tell the world your most profound thoughts," Paris told them jokingly, then added, "No crop top is too cropped." I have to disagree with you there, Paris. Have you SEEN that monstrosity from Urban Outfitters?

When asked what she thought about other A-listers copying her style, she said, "To now see things on the runway and to see girls wearing things that I used to wear is really cool because nobody really dressed like me back in the day. Young people now see what people wore before and want to bring it back." She even said that she felt "complimented" when Kendall Jenner drew inspiration from Paris's 21st birthday ensemble while celebrating her own birthday last November.

Well, it looks like Paris's overarching influence isn't going anywhere anytime soon. Time to break out the Juicy Tube I still have from middle school.