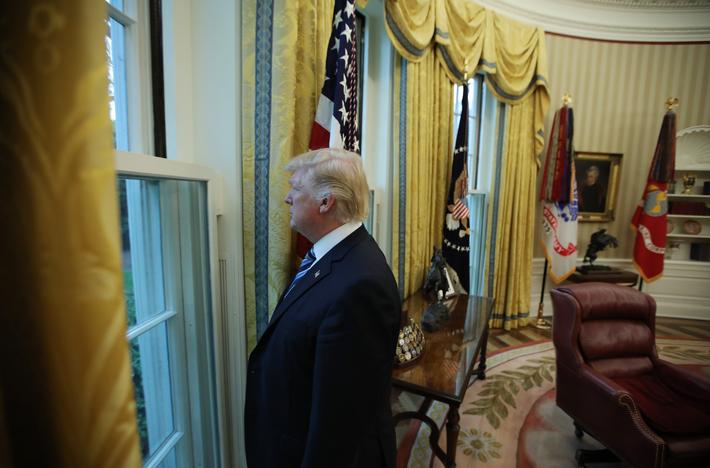 It's unclear why Trump thought being president of the United States would be even close to anyone's idea of "easier," but the difficulty level isn't the only part of the job he's still adjusting to. For one thing, he has even less privacy now than he did as a celebrity businessman. He's also still trying to get used to having Secret Service around at all times, saying "You have such massive protection that you really can't go anywhere." He also misses being able to drive himself around.

When discussing China's President Xi during the interview, Trump suddenly changed topics by handing out a map of the states he won in the election to the three Reuters reporters in the room.

Trump also said he will "absolutely" attend the White House Correspondents' Dinner next year, even though he's skipping it this year because he feels the media has been unfair to him. We'll see about that.