Whether you watched the Oscars Sunday night or not, you’ve probably heard about that big finale. In the eighty-nine years that Hollywood has dazzled us with its yearly tribute to the best in film productions of the year, we’ve never seen something like what happened this time around. The Best Picture mistake seems to be all people are interested in discussing about Sunday’s awards show.

The moment was pretty cringe-worthy. The entire team of La La Land assembled excitedly onstage only to discover they weren’t the winners after all. There was a lot of sympathy for the La La Land cast and crew, and for good reason: the great honor they thought they were being awarded was snatched away. But I think it’s more important that an apology is extended to Moonlight.

Though I was thrilled that Moonlight, a film that actually shows the diversity Hollywood often shies away from, won, I was disappointed and frustrated by the way it happened.

Though I understand that the mistake was a complete fluke, I’m still upset. It’s just unfortunate that the mistake had to happen this year, at a time when diversity in films is so important and still so rare. Moonlight’s win should have been a time of celebration and a huge stride forward for equality in Hollywood. Instead, it’s been turned into a tabloid story. People are too busy talking about the major faux-pas that happened Sunday night to see the implications of the win. 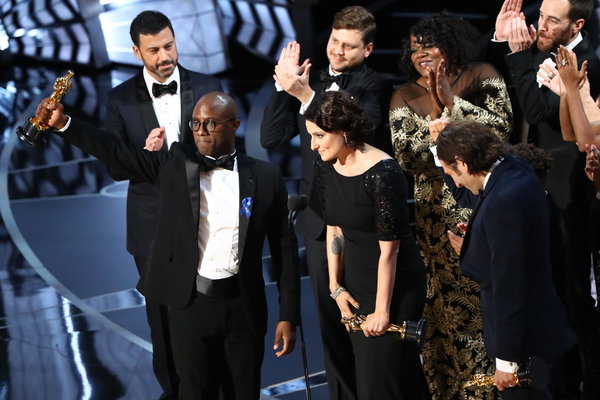 A lot of people said this year that we’re far away from last year’s “Oscars So White,” because of the number of nominations this year that featured people of color. There were jokes at the Oscars Sunday night about this idea that “racism is over” because of the change in the diversity of the nominees, pointing out that there is still a great amount of work that needs to be done.

The diversity seen among the nominees and winners of this year’s Oscars is something to celebrate. It should be seen as a sign that Hollywood is beginning to take steps towards becoming more inclusive. That’s what makes the way Moonlight won so much more disappointing.

A Best Picture award going to a film like Moonlight should have just been a celebration rather than a hot piece of gossip. Though the Academy has made apologies not only to La La Land but also to the cast and crew of Moonlight, Sunday night’s ending left a bit of a bad taste.

At the end of the day, it was a mistake that could have been made by anyone. It wasn’t an intentional strike against Moonlight or even La La Land. It’s just unfortunate that the attention is being focused on something other than the Best Picture itself.