The Washington Supreme Court handed down a ruling Thursday that religious beliefs are not an acceptable defense for the florist who refused to sell flowers for a same-sex couple’s wedding in 2013, said The New York Times. The Supreme Court for the state made a unanimous ruling on the case, but it covered much more than just a one-time sale of flowers for a wedding. It also addressed “sweeping questions about public accommodation, artistic expression and free speech.” 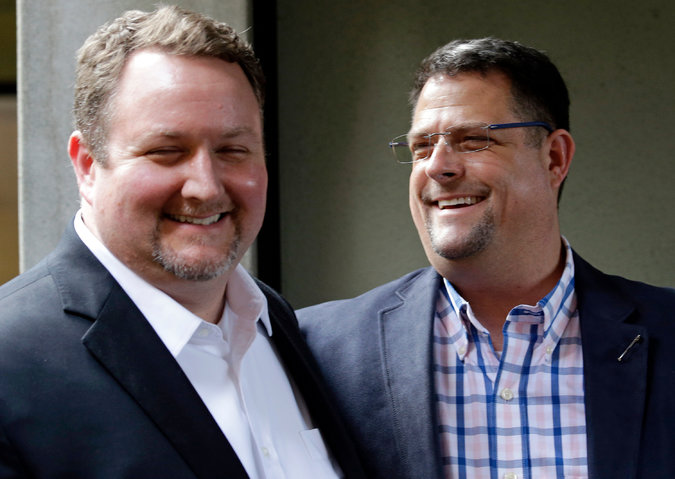 Arlene’s Flowers, run by Barronelle Stutzman, 72, had known Robert Ingersoll and Curt Freed for several years before they began to plan their wedding in 2013 and had sold them flowers without issue several times. Stutzman claimed her faith created a line at selling flowers for a same-sex wedding that she just wasn’t willing to cross. After considering the fact that she said she wouldn’t be necessarily endorsing the Islamic faith if she sold wedding flowers to an Islamic couple, or atheism if she sold them to an atheist couple, the court told her “flowers weren’t really the point.”

Nor was, despite her making a case for it, artistic expression. One of Stutzman’s lawyers, Kristen Waggoner, said “all creative professional expression is at risk.” She, along with Stutzman and the other lawyers defending her, claimed her floral arrangements should be considered art and protected by the First Amendment because of it. The court shot down that argument, as the statement she made by selling, or not selling, the arrangements was not art, and therefore not protected free speech.

Stutzman and her lawyers plan to appeal their case to the United States Supreme Court, but the ruling in favor of Ingersoll and Freed is still being celebrated by national LGBT+ rights groups as a victory. They see it as an additional step toward equality and creating more protections for same-sex couples.