The Makeup Addiction community on Reddit has been extremely upset over an ad for Benefit, which depicts a no-makeup look compared to one with a winged liner. The ad suggest that an eye with no makeup is considered "yuck," while adding eyeliner makes it "wow!" 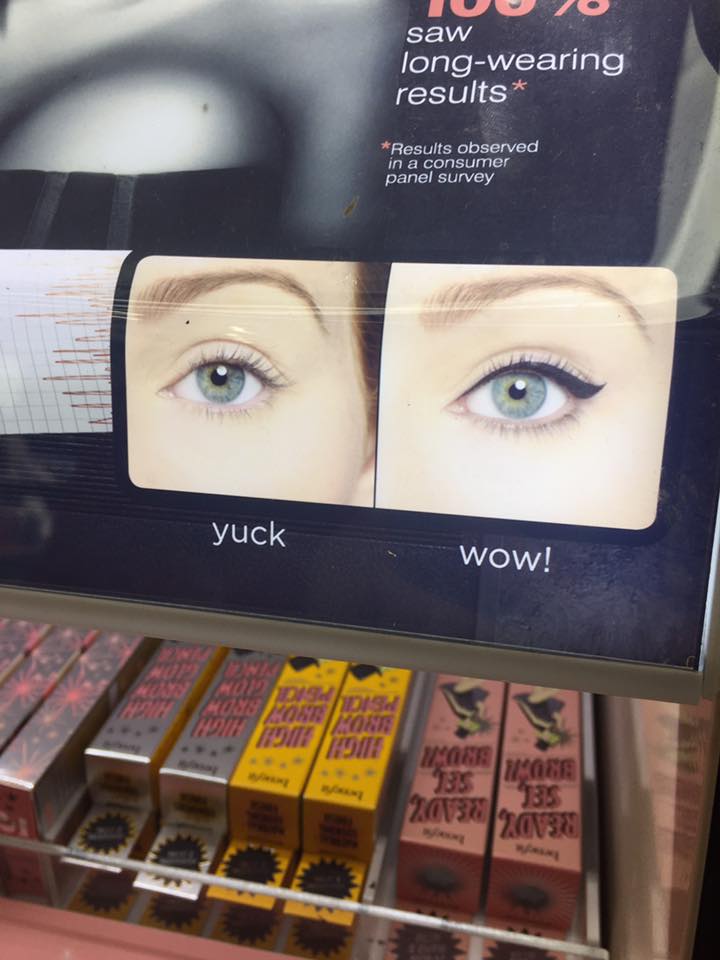 People, even especially makeup addicts, are NOT down with this shaming, and the Reddit thread has been exploding with comments. Some users called out the company for implying that people (or women) are ugly without makeup. One user wrote, "It's not even a fully completed eye look? She just has liner on...not even mascara? Who knew black eye ink was the secret to unattainable beauty!? I can't believe Benefit cracked the code."

Others critiqued Benefit's obvious photoshopping of the "Wow!" side: "To be fair to Benefit, it's not just eyeliner, there's also a healthy dose of Photoshop. Check out her eyebrow, how did it magically get 3/4" longer while somehow maintaining the same arch?" someone chimed in.

Um okay, Benefit? Like I don't know if they were trying to be cute, but they really, really failed. To wear makeup or not is an individual choice and a pure question of self-confidence, not an invitation to be judged. Do better.
Viewing all articles
Browse latest Browse all 25628