After arresting 17 suspects earlier this week, French police are continuing to finally make some progress on Kim Kardashian's Paris robbery case. According to People, four of the suspects that were detained on Tuesday have officially been indicted. 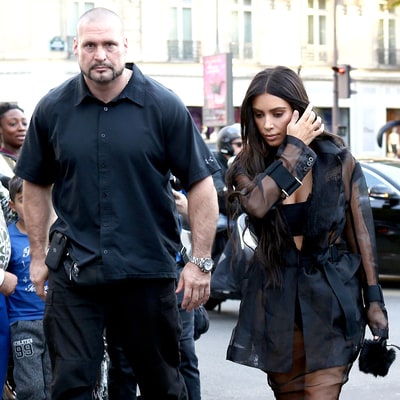 The suspects, who are all male, are ages 64, 63, 44 and 27. The fourth and youngest suspect has been identified as the brother of Kim's Paris chauffeur, who was also arrested, but has not been indicted. The two oldest suspects are believed to be seasoned criminals and have been dubbed "grandfather robbers," by the French media due to their old age and alleged criminal history.

The four men have a multitude of charges against them, including conspiracy, helping arrange the resale of stolen jewelry, armed robbery, kidnapping and forceable confinement.

In addition to the four suspects that have been indicted, six others still remain in custody as police try to understand exactly who was involved and what their roles were in the robbery, which occurred while Kim was in Paris for fashion week back in October.

Since the incident, Kim has slowly and cautiously been stepping back into the spotlight, and according to Scott Disick's Instagram, she's currently living it up in Dubai with a "low key dinner" (read: not so low key) before she'll make her first public appearance since the robbery on Friday.