Military brats have it made and believe it or not, there are some things only we understand. We're members of a misunderstood subculture and proud of it! 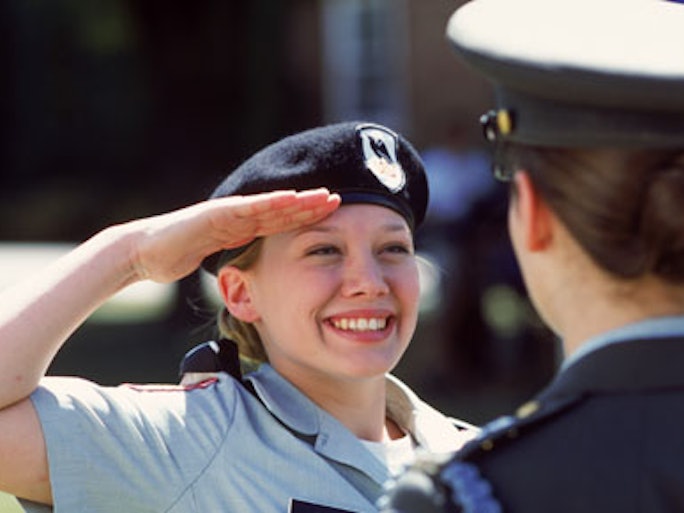 2. Being asked where you're from is the hardest question to get asked.

3. Growing up, half the clothes in your closet came from the PX.

4. You're freakishly good at bowling because the alley was the spot to be every Friday night.

6. You’ve taken at least one flight that involved sitting in jump seats.

7. You always had some MRE’s around the house.

8. And maybe even ate a couple as reals meals for the hell of it.

9. You're an expert packer.

10. You've lived outside of the states at least once.

12. The day you finally had the chance to ride in a Humvee, was possibly the best day of your life.

13. Going to the air show was taken as seriously as going to church on Sunday, even if your parent wasn't in the Air Force.

14. Single soldiers were (and still are) being invited over for family dinner. (And let's just say we didn't mind it.)

15. The Shoppette was the spot growing up.

17. Having rifles around the house is totally normal. And so was being taught how to use them.

18. You got used to not having your parent around for long periods of time.

19. Along with a school ID, you had a military ID.

20. When you're out shopping you never forget to ask for that military discount.

21. Calling everyone by last names is normal.

23. You got either really excited or really mad hearing the phrase "PCS."

24. You know what it meant when your parent said they where going "TDY."

26. You have so much love for the people at the MWR.

27. Having to stand up for the national anthem at the movie theatre. (Only on base, of course)

28. You have friends literally everywhere.

31. We tend to think that the military branch we're associated with is the best.

32. You remember having Thanksgiving and Christmas dinner in a mess hall with other military families.

33. If you haven't noticed, we call countless things by acronyms.

34. Mistaking anyone in uniform for your parent was a common problem and an embarrassing problem.

35. You're an expert when it comes to random military lingo.

36. You call the United States of America, “the States."

37. You know to stop whatever you are doing at five o'clock if you’re on base.

38. You wouldn't trade being a military brat for anything.