Another day, another study finding that the problem of campus sexual assault is as ubiquitous as ever. The results of one of the largest surveys conducted on the subject were published by the Association of American Universities yesterday, and found that 27.2% of female college seniors reported experiencing “nonconsensual sexual contact”—by force or incapacitation—sometime in their college careers. 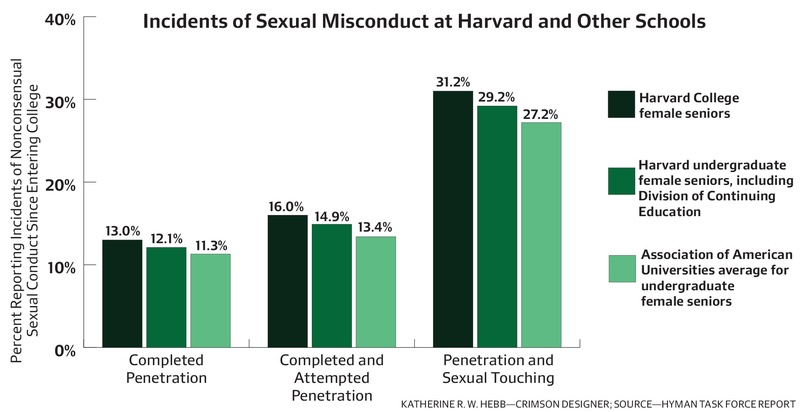 The results are hardly surprising, as they are similar to those of previous college sexual assault studies. This survey is important because it is so large—150,000 students from 27 different schools participated. Also, many elite colleges, including all of the Ivy League schools except Princeton, were included. Because these types of surveys define sexual assault differently from one another, making it difficult to come to consistent conclusions, it’s important to note that this survey defined “nonconsensual sexual contact” as anything from touching to penetration.

The survey also found that rates of reporting assault are still alarmingly low—28 percent or less of the most serious incidents are reported to "an organization or agency." Some of the reasons for not reporting: Participants "did not think anything would be done about it;” they were “embarrassed, ashamed, or [thought] that it would be too emotionally difficult” or they did not think it was “serious enough."

Also important: Almost half of participants “have witnessed a drunk person heading for a sexual encounter,” and “among those who reported being a witness, most did not try to intervene.” Of course, the real problem is that people are being put in these situations in the first place—but it’s still on all of us to step in and help our friends in need.

President Drew Faust of Harvard University, one of the schools that participated in the survey, wrote an email to the Harvard community in response to the study’s publication. “I find it extremely distressing to read these survey results, as I know others will,” she wrote. “But we must confront the realities documented by the survey as we develop a comprehensive effort to combat sexual assault, one that engages our entire community in a sustained and effective manner.”

“Clearly we must do more,” Faust added. “In the coming days and weeks, I want to hear your thoughts about what I can do, what you can do, and what we can do together to end sexual assault at Harvard.”  She stated that she intends to have the deans of the University present plans to increase community conversation and action.

All of these campus assault studies are part of President Obama’s White House Task Force, which is attempting to solve the issue by acknowledging that the first step is to study and understand it. While no two studies are exactly alike, they all come to the same disturbing conclusion: Campus sexual assault is rampant, and the resources to deal with it are lacking. How many more surveys will we have to take before we come up with a real plan of action?