To say that my college experience has been unconventional would be an understatement. I haven’t done a lot of the things that people think are “traditional” for college students, like dating. But, I don’t feel like I’m missing out on anything or that I haven’t had a full college experience just because I'm single.

When I started college in the fall of 2016, I attended a small university in Colorado that had been my dream school since my sophomore year of high school. Despite this, I was completely miserable by Labor Day. I had no roommates, very few friends, and hated my major’s department. I applied to transfer to a much bigger university, where my twin brother attended school. Thankfully, I managed to get accepted within a few weeks of applying.

So, within the first semester of my college experience, I became a transfer student, declared and undeclared a major, and moved to two completely new cities. This took a massive emotional toll on me, and I consequently avoided doing anything social for the remainder of the semester in order to stay in my comfort zone. This resulted in staying as far away from the college dating world as possible.

When I started at my new university, I knew a few more people, including my roommate, twin brother, and a few classmates from high school. My social life went from a zero to about a six pretty quickly, but I still wasn’t meeting new people. Because I kept my social circle so small and confined, there were no true opportunities to date. And to be honest, I didn’t really want to deal with the pressures that came with dating on top of dealing with transferring.

I spent the entire spring semester figuring out my new campus, deciding on a new major, and trying to be successful on my own. That spring, I got an on-campus job that would eventually introduce me to a brand new group of coworkers and friends that would change my life forever.

But what does this have to do with dating in college?

The main obstacles I’ve faced in my college career have been adjusting to new environments, new people, and new programs. When I transferred, I completely invested myself in work and classes. I’ve lived and breathed my university for the last three years.

Because I’ve prioritized my work, classes, and friendships, I have sacrificed other areas of my life—such as my dating life. But I actually don't feel like I missed anything. In fact, I think it’s the best decision I could have ever made.

That’s not to say that dating in college is a bad thing, or that I think people in relationships are wasting their time. It simply means that I’ve benefited from allocating my time elsewhere and that I don’t miss all of the extra responsibilities that often come with have a partner.

Over the last three years, I’ve watched my friends unsuccessfully try dating apps and go through all sorts of relationship drama, but I’ve also watched them have really successful, loving relationships. Personally, I just don’t feel the same draw to the college dating world and dating apps that my friends do. Being single in college has meant watching my friends struggle and succeed in their relationships, and supporting them either way. And yeah, it can sometimes be lonely to be the only friend that isn’t out there actively trying to meet people, but that’s not something that can be solved by getting an S.O. That’s on me for placing my self-worth on external circumstances instead of focusing on myself. 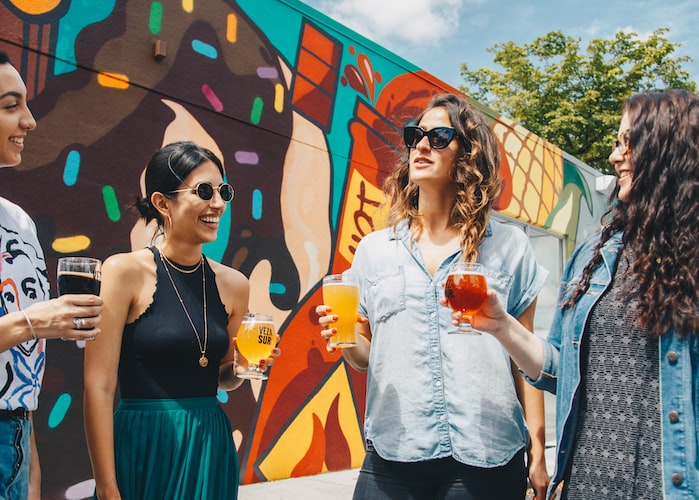 Often, people tell me that I’m making a mistake, or that I’m missing out on a crucial part of college life.

To that, I say that I have my entire young adult life to date and be adventurous. I’m only in college once.

Part of the stigma surrounding not dating in college is this misconception that makes you think you’ll instantly have a million friends, and that dozens of people will ask you out at the first party you go to. Now, that might be an exaggeration, but aren’t we socialized to believe that that’s the case?

The truth couldn’t be further from that. In reality, I’ve found that I stick with my core group of friends and that people won’t come up and talk to you unless you make the first move.

Whatever you choose to do, and however you choose to live your life is totally normal, and you’re not weird for choosing something that works for you. For me, I’ve chosen not to focus on my dating life—and that’s totally okay. I’m not “less than” because I don’t have someone. I am perfectly complete on my own. So, don’t worry about what people around you are doing. Focus on yourself instead.

Whatever and however you choose to live your life is your own business, and making one choice doesn’t necessarily mean that you’re missing out on another. I will never regret choosing to focus on my career and major because I’ve been able to take advantage of awesome opportunities as a result.