If you watched Saturday Night Live with host Ryan Gosling last weekend (and who didn’t?), you may have noticed that he was rocking a special necklace during his monologue. The necklace made appearances as he continued to attend press events throughout the week to promote his new film, Blade Runner 2049. During a sit-down on The Ellen DeGeneres Show, Ryan revealed the meaning behind the jewelry. (Fair warning: This may make you tear up.) It's actually the tag that once belonged to his dog, George. 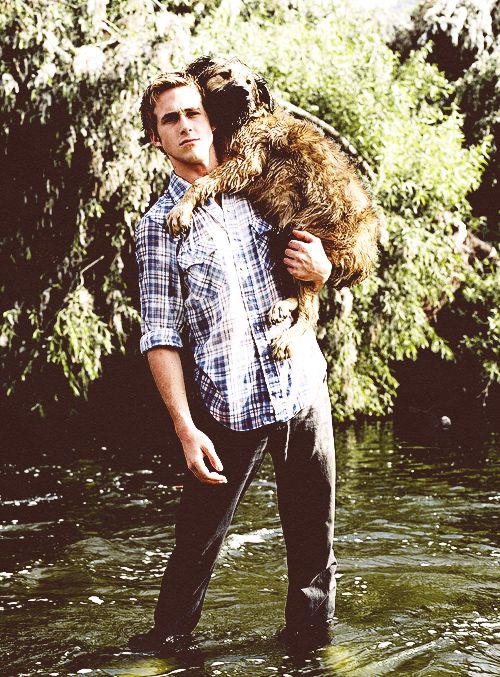 For those who don’t know, George made his television debut back in 2011 on Late Night with Jimmy Fallon. His rocker hair, adorable face and, of course, his handsome owner made George the total package. Unfortunately, George passed away last December, no doubt leaving a hole in Ryan’s heart.

Ryan now wears George’s tag as a necklace in memory of his beloved friend. Gosling shared with Ellen that George was his constant companion, keeping him company on almost every film set. Ryan said, “It’s funny to say ‘dog’ because I feel like, there was something about George where I think he felt like being a dog was beneath him.”

The proud dog dad also described how his buddy turned into an "aging rock star" as he got older. "George, as he started to age, started looking like an aging rock star. He was sort of skinny-fat and he had big hair, you know, no teeth, open sores, but still sexy."

We've all had animals touch our lives in special ways, and we certainly feel their absence when they’re gone. It’s nice to see someone as visible as Ryan openly discussing the impact animals have on us.

With that, I need to find a dog to cuddle and cry with!