Senate Republicans voted Tuesday to advance the debate on repealing and replacing Obamacare, CNN reports. With so much (often conflicting) information surrounding this issue, sometimes it’s hard to even know where to start when it comes to understanding what’s happening. Here’s what you need to know. 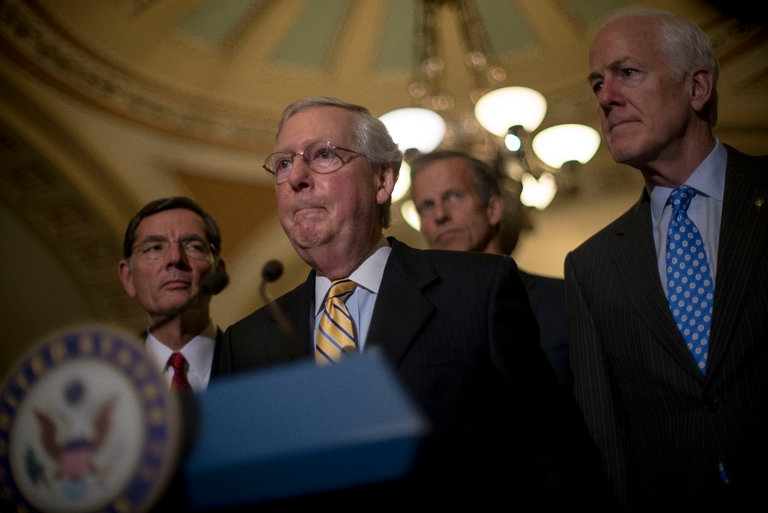 The vote Tuesday means the Senate will be starting the discussion about the ‘repeal and replace’ we’ve been hearing so much about. However, as The New York Times points out, we don’t know which version of the legislation to replace the Affordable Care Act the Senate Republicans will debate. The Times took a look at six of the current plans we know about, and explained that the Congressional Budget Office’s analyses show the plans are all incredibly similar. And the biggest similarity is the number of people who will lose their health insurance in the next 10 years. At least 20 million people would be losing health insurance with any of the replacement bills. The Senate is now heading into a debate period, followed by an even more intense voting period where they’ll try to hammer out the finer details and amendments of the bill of their choosing. All of this will lead to a final vote by the Senate. If it passes, the bill will head back to the House, and then on to the president for signing.

Democrats still stand united against the bill. They object strongly to what the bill will do to those currently insured by the ACA. It will end health care for millions in the country, slash funding for Medicaid, defund Planned Parenthood, and sharply raise prices for those with preexisting conditions. Sen. Bernie Sanders had some particularly strong words for the bill Monday, calling it the "cruelest, most destructive and irresponsible piece of legislation ever brought to the United States Senate in the modern history of this country."

The margin was so narrow that Republicans worried right up until the vote on Tuesday that the bill might not advance. There are 52 Republicans in the Senate right now, and 50 votes were needed to pass the bill. In the end, most of the senators who had been hesitant ended up voting yes.

It helped that Sen. John McCain, who had been away following a diagnosis of brain cancer and a subsequent surgery, flew back to Washington Tuesday just for the vote. His return received applause from senators on both sides of the aisle—but there have been questions about whether or not McCain was well enough to vote on a bill so soon after a major surgery. Others commented that there was irony in McCain voting to advance a bill that could take health care away from tens of millions of people right after he received life-saving care from a world-class medical team.

The vote came out to a 50-50 tie, requiring Vice President Mike Pence to make the tie-breaking vote 51-50 in favor of the Republicans.

From here, it’s hard to know what exactly will happen next—a situation that's right in line with the status quo for this presidency.