Sean Spicer handed in his resignation as White House Press Secretary on Friday morning, furious that Trump had appointed New York hedge fund manager Anthony Scaramucci as his new Communications Director. Since the departure of former Communications Director Mike Dubke, Spicer had taken over some of his duties, but is now less than thrilled to hand them over to Scaramucci. Trump asked Spicer to continue his role, but Spicer refused, and a source close to the administration told The New York Times that Spicer believed the appointment was a "major mistake." 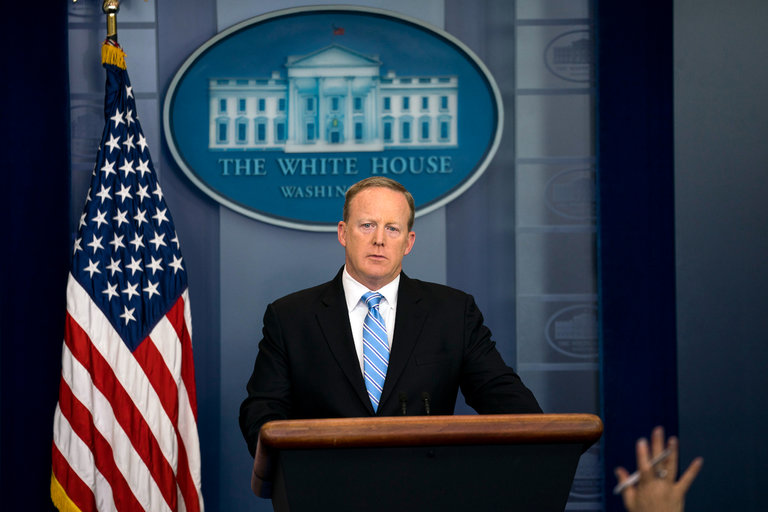 While Scaramucci has a year-long friendship with Trump on his side, he might face opposition from White House Chief-of-Staff, Rience Priebus, who has blocked Scaramucci from other White House positions before, and allegedly objected to this one as well. Nevertheless, Scaramucci and Trump have worked closely before, first when Scarmucci joined Trump's campaign as part of his national finance committee, and later when he served on the executive committee of Trump's transition team.

Scaramucci lacks a "traditional communications portfolio," according to the Times, but despite his background in finance, he may be more adept in his new role than it would seem at first glance. After all, Scaramucci is also known as a frequent guest on television defending the president and his policies. He also recently (and successfully) fought for a retraction of a CNN story that implicated him in the ongoing Russian scandal. Three CNN staffers, one of whom has won a Pulitzer Prize and another who was a nominee, have since resigned. Scarmucci accepted their retraction with grace, tweeting, "CNN did the right thing. Classy move. Apology accepted. Everyone makes mistakes. Moving on."

With the ongoing special counsel investigation into Trump's ties with Russia, his appointment may have come at an opportune time to control the White House narrative. If nothing else, his more reserved communication style seems like it might balance out Trump's notorious Twitter sprees. Scaramucci announced in a White House press conference Friday morning that Sarah Huckabee Sanders will be the new White House Press Secretary once Spicer departs in August, and Sanders called him "an important addition to this administration." In the meantime, it looks like all we'll be seeing of Spicer is from rewatching old SNL skits.