Senate Majority Leader Mitch McConnell (R) of Kentucky has announced that he is delaying the vote on the new GOP health care bill until after the July 4 Congressional recess because there are not enough votes to move it forward, reports ABC.

Senate Republicans released the bill last Thursday as a response to President Donald Trump's backlash against a similar health care bill proposed by the House of Representatives—but the Senate's bill has faced opposition from both Democrats and Republicans and has not yet garnered enough support to pass. 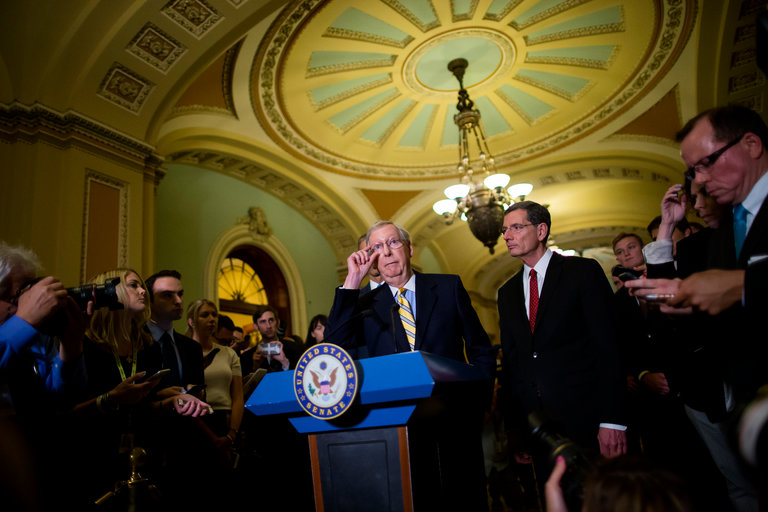 As of right now, key GOP players have voiced their disapproval of the legislation. Ted Cruz (R) of Texas, Rand Paul (R) of Kentucky, Ron Johnson (R) of Wisconsin and Mike Lee (R) of Utah released a joint statement, saying: "There are provisions in this draft that represent an improvement to our current health care system but it does not appear this draft as written will accomplish the most important promise that we made to Americans: to repeal Obamacare and lower their health care costs."

According to The New York Times, Ohio Governor and former 2016 presidential candidate John Kasich (R) has also condemned the bill.

“Who will lose coverage? The mentally ill, the drug addicted, the chronically ill," Kasich said at a news conference Tuesday. "I believe these are people that need to have coverage.”

An analysis conducted by the Congressional Budget Office shows that the Senate health care bill may cause as many as 22 million people to lose coverage by 2026 and that 49 million people would be uninsured in the same year.

Senator Susan Collins (R) of Maryland has tweeted that she will vote against the bill in its current state.

I want to work w/ my GOP & Dem colleagues to fix the flaws in ACA. CBO analysis shows Senate bill won't do it. I will vote no on mtp. 1/3

According to TIME, the GOP will need 50 of the 52 senators to vote 'yes' in order to pass the health care bill, but as of now, it looks like it would struggle without the votes of six key Republican senators.

“We will not be on the bill this week, but we will still be working to get at least 50 people in a comfortable place,” says McConnell.