Sexism in the workplace is sadly nothing new even in the 21st century, but a Czech nuclear power plant has taken it to the next level after staging a bikini contest to hire new interns. Yes, this really happened.

CNN reports that the Temelín nuclear power station, which is run by the company CEZ, has been under fire ever since it posted photos of the candidates to its Facebook page last week—10 high school graduates posing in bikinis and hard hats. 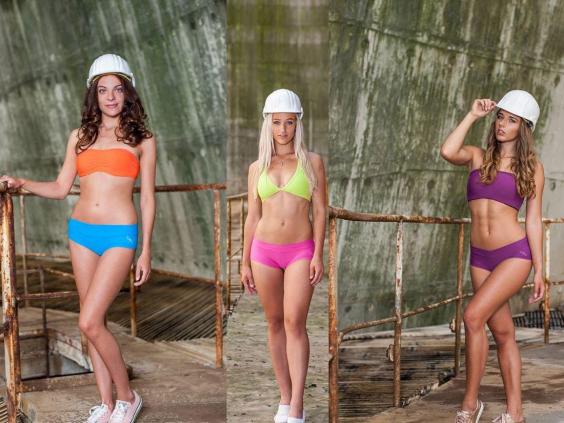 The candidate with the most likes was supposed to win the title of “Miss Energy 2017” and land a two-week internship with CEZ.

The internet was NOT impressed with this method of choosing an intern.

One user commented, “You find the number of likes under [a] half-naked picture of a young lady as adequate and/or tasteful criterion for a career opportunity that is promoted as professional?" while another described the contest as "degrading, disgusting and primitive.”

CEZ actually tried to defend the contest at first. They commented on the original Facebook post, according to AOL News, writing, “We think [the] photographs are very tasteful. The combination of beauty and the industrial environment gives an interesting result.”

Surprisingly, the company's comments didn't convince anyone that this was okay, so they apologized two days later on Facebook and announced that all 10 women would be offered internships.

“The purpose of the competition was to promote technical education,” CEZ wrote. “But if the original vision raised doubts or concerns, we are very sorry.”

After such a lackluster apology, it's pretty surprising that anyone wants to intern with CEZ. Remember, if any company asks you to take bikini photos to land a position with them, run, don't walk!