During her four-day-long live stream leading up to the release of her new album, Witness, Katy Perry suffered... a bit of a mishap on stage. Just after performing "Swish Swish," her all-chainmail outfit started to split around the crotch region. Pure awesomeness ensued. 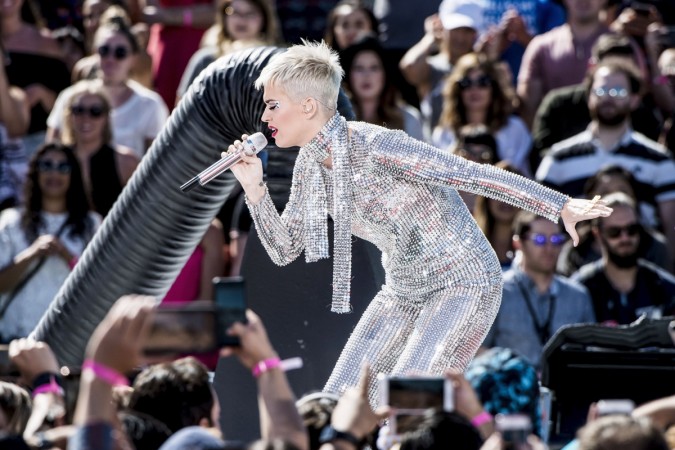 "I have a hole in my pants. Letting it all hang out now. So, okay. Don't look over here," she announced to the audience while continuing to perform like nothing at all had happened. What a true performer. I would have turned beet-red and fled the stage, crying. She managed to avoid peak embarrassment, however, as photographers were moved away from the front row.

Now that's how you handle a moment like that. BRB, singing "When I Ripped My Pants" by Spongebob to myself.