The women working in Ivanka Trump's factory in Subang, Indonesia face more hardships than most of us could ever imagine. In interviews with The Guardian, they spoke about how they fear joining a union, have to work unpaid overtime, and are paid so little that they can't live with their children. They're paid an extremely low wage compared to the rest of Asia—only $173 per month, which is minimum wage.

The women, who are paid even less than those working at Ivanka Trump's factory in China, were so fearful of losing their jobs over the interview that they asked the Guardian to change their names. Understandable, since the activists who investigated the Chinese factory were taken into police custody. 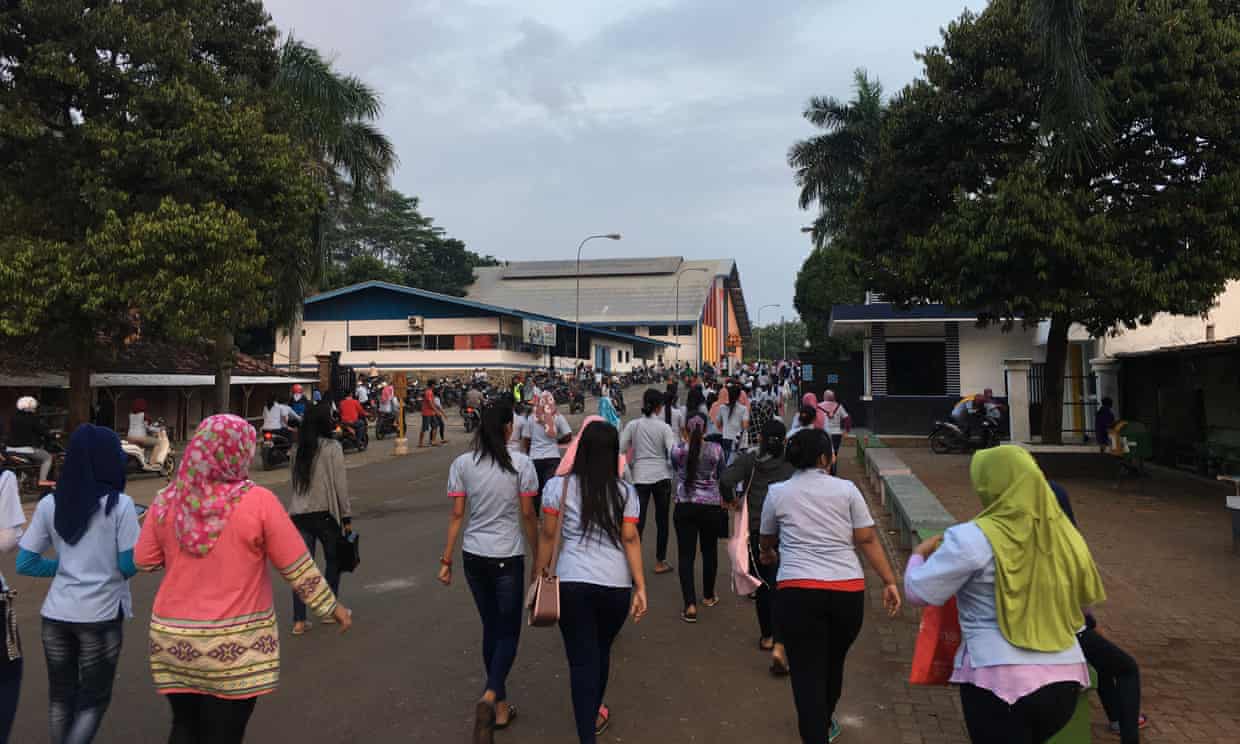 One of the women interviewed, Alia, has worked in factories for most of her life, and told the Guardian that although both she and her husband work full time, they don't make enough for their children to live with them. Their children live with their grandparents and see their parents only once a month if it's affordable to do so. When the interviewers told Alia about Ivanka Trump's book on working mothers, Women Who Work, she struggled to take any of it seriously. She explained that her version of work-life balance would mean seeing her children more than once a month. Really puts things in perspective, doesn't it?

And while the workers know who they're working for. As Alia's husband told the Guardian, "We don't like Donald Trump's policies. But we’re not in a position to make employment decisions based on our principles."

Some of the women at the factory, like Yuma, are grateful for their job despite the low pay, saying, "at least there is air conditioning."

The women do have some rights in the factory, including three months of paid maternity leave, a $10.50 monthly bonus if they work during menstruation and health insurance. But they're still expected to work unpaid overtime to meet unrealistic production targets, which Indonesia's Trade Union Rights Centre's Andriko Otang told the Guardian is a common practice. The workers are also frequently verbally abused. And because Indonesia requires factories to pay a holiday bonus to workers based on their religion, workers are often fired before Ramadan and hired again right after to avoid paying the additional wages.

Although Ivanka has stepped down from running the clothing brand, the clothes do still bare her name and reflect on her family. As more and more of her factories are investigated, will it cause more stores to drop the brand? Or will these abuses be glossed over and ignored?