Recently, incoming college freshmen, students, educators and academics have been abuzz with news of Harvard’s decision to rescind a few students’ admission to the oldest college in the United States and one of the most prestigious colleges in the world. The decision comes in response to the students’ online activity within a private Facebook group, in which they shared both racially and sexually offensive memes. The group, known online as “General Fuckups” or “Harvard memes for horny bourgeois teens,” allegedly “mocked victims of sexual assault, made light of the Holocaust, and debased members of certain ethnic groups,” according to Teen Vogue. In fact, Mic reports that to gain access, incoming students were asked to post a similar meme as proof of their solidarity. In an effort to preserve the integrity of the college, to teach the incoming students a harsh life lesson in Basic Human Decency 101 or both, Harvard revoked the acceptance of 10 participants.

I imagine one of the quickest and easiest responses to my stance would go something like this: “The world is not perfect; the world is not here to protect you or make you feel welcome. Safe spaces are for radical liberals who, in an ironic twist, fail to recognize their own privilege.” Or perhaps, like this: “There are bigger problems, real problems. Stop being a crybaby. Life doesn’t come with a trigger warning.”  This debate is not an unfamiliar one, especially since the election of President Donald Trump, when emphasis on and support for free speech arguments became mantras for a life without consequences, a world without morality. 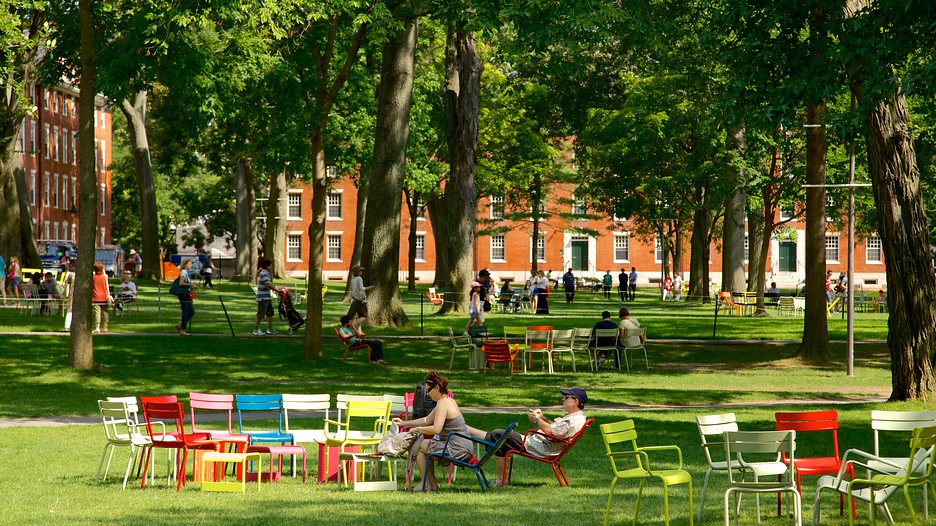 As for Harvard, I say this. Ivy League colleges, often because of their historical and cultural origins as well as their financial privilege, bring with them longstanding traditions of discrimination, whether it be racial, sexual or otherwise. Rather than an attack on these academically outstanding institutions, I recognize this as an opportunity for great improvement. Here, in 2017 and in this particular case, lies an opportunity for a powerful, national institution to be exemplary not only in its academic prowess but also in its social impact. I, for one, would love to know that 22,000 of the nation’s best and brightest stand not with hate but against it. If these are the students in whom many place the future of the country and of the world, is it not incredibly damaging to cultivate in them an alarming tolerance for inhumanity?

I am not suggesting that all colleges the world over implement policies to track and monitor their students’ social media presence; that would be absurd, almost certainly impossible and, how could we forget, unconstitutional. But in the event that such hateful action becomes known to college officials, I believe that they should be able to respond as they see fit in ways that reflect the college’s code of ethics. Speaking with NPR reporters, incoming Harvard freshman Wyatt Hurt echoes this sentiment, “You have your First Amendment rights. But when you apply, you sign an honor code to be good and virtuous. Why would we want to have those people in our class?” Simply put, when did invoking your right to free speech become synonymous with being a complete and public asshole?

And what of the rights of the victimized in even more severe situations? Who has more rights? Whose are more important? Why am I asking these questions?

A lifelong, non-confrontational individual, a college teaching assistant and, hopefully, a soon-to-be PhD candidate, I am often wary of taking an absolute stance. I try, just as much in my everyday life and in my work, to be as open to diversity as I ask of the world around me. And even then, I struggle to look past the actions of the students in question. Reckless adolescence, youthful indiscretions, and freedom of speech… each of these has real and recognizable consequences in the real world, Harvard and Facebook included.