It was the most scandalous song in middle school, but now Katy Perry’s hit song “I Kissed A Girl” has a whole new meaning to it. Refinery29 reports that in a recent radio interview, Miley Cyrus confirmed that she’s the elusive girl that the song covers. Hmm, did you see that one coming?

According to Miley, when the song hit the radio in 2008, she was busy filming Hannah Montana: The Movie and then heard that Katy said the song was about her in an interview. “They said, ‘Who did you write that about?’” Miley revealed in the radio interview. “She said me! I screamed and started freaking out, and then she asked me to go to the VMAs with her.” 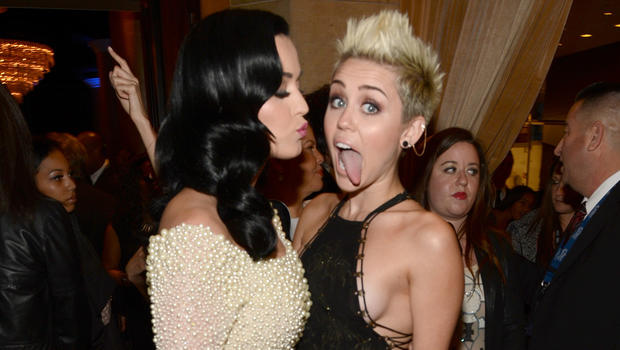 There is some uncertainty about the truth of Miley’s story, as Katy has never come clean about the girl's identity, but Miley and Katy did indeed parade down the red carpet together at the 2008 MTV Video Music Awards. They even kissed that night, so with that throwback in mind, we’re not too surprised that Katy’s song may be about Miley! Most importantly, the two singers remain friends to this day, which shows that music can start some beautiful friendships.