According to Cosmopolitan, 52 percent of women between the ages of 18 and 34 view Ivanka negatively, while only 21 percent of young women actually like her. This contrasts with older women, who seem to have a more positive view of the first daughter (45 percent of women older than 65 view her favorably). 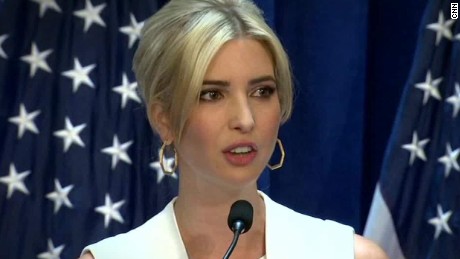 Overall, 39 percent of Americans approve of Ivanka as a public figure, while 37 percent disapprove. Ironically, only 35 percent of women view her favorably, as opposed to 44 percent of men, although her efforts in the White House have been largely focused on women's rights. She recently met with Planned Parenthood (to no avail), and provides insights on the topic of women's empowerment as part of her controversial role in government.

Outspoken critics of the First Daughter, including Planned Parenthood President Cecile Richards, could be affecting how favorably the public, especially women, views Ivanka. In a recent CBS News interview, Ivanka defended herself against accusations that she just goes along with her father’s agenda. “Where I disagree with my father, he knows it," she said. "And I express myself with total candor." Will Ivanka Trump's involvement in her father's administration benefit women's rights? She has yet to prove herself.