Senate Democrats received enough votes Monday to approve a filibuster of Supreme Court Nominee Judge Neil Gorsuch when he goes to the Senate for confirmation. The Republicans of the Senate are willing to do pretty much anything to confirm Gorsuch, including “going nuclear"—i.e. changing the rules of the Senate to break the filibuster with only 51 votes, instead of the usual 60. With both parties refusing to back down or consider compromise, The New York Times reports that U.S. politics might be about to change forever. 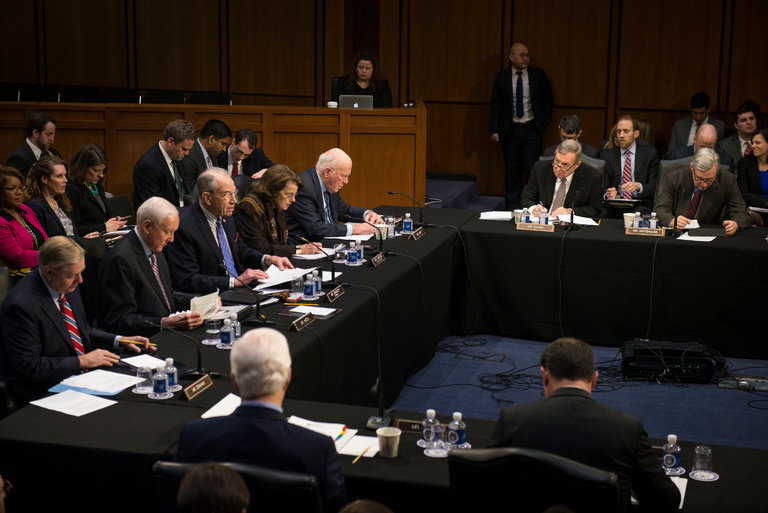 Filibusters aren't usually used to block Supreme Court nominees. The Times reports that that process is usually different, and “insulated at least somewhat from the body’s most partisan passions.” It’s starting to feel like nothing is safe from our polarizing political climate. If Democrats do filibuster, and Republicans invoke the nuclear option and change the rules, nobody will be able to filibuster future SCOTUS picks. Which party will benefit from that the most is still up for debate. While some Democrats think using the filibuster now is the wrong move when more Supreme Court justices could die or retire in the next few years, others believe that they need to tap into the energy of their base—and the Democratic base wants their Senators to block Trump whenever possible.

If the Republicans do indeed go nuclear, or if Democrats suddenly change their minds about the filibuster, Gorsuch could be confirmed by Friday.