Trump recently took away federal protections for transgender students; Obama’s administration made notable progress and to revert back is to mistakenly override necessary progress for the trans and LGBTQ+ communities. This isn’t just an issue of gender rights, but of human rights and equality. Everyone should feel safe in his or her identified gender, and Trump's order is making it harder for trans students to feel comfortable at their schools. It makes no sense to move backwards when we could be taking steps forward to a better and more inclusive future.

These trans women (listed in no particular order) are not only integral to the fashion and beauty landscape, but have helped to redefine and shape beauty standards and body diversity. These trailblazers are an inspiration to all and have used their platforms to speak up on transgender rights and issues. This is important, because the fashion and beauty world has the power to break down beauty and body norms and standards. Although there is definitely still (a lot of) room for improvement and inclusion, the fashion and beauty industry has been taking steps forward in including and embracing the trans community, and it’s time for politics to do the same.

Geena is a Filipino American supermodel who spent 12 years modeling internationally before she came out as transgender in a TED Talk in 2014. Alongside Tracey Norman (see #2), she was one of the first ever transgender models to appear on the cover of Harper’s Bazaar. She’s been taking action for transgender people beyond the bounds of the fashion industry. In 2014, on Transgender Day of Visibility, Rocero launched Gender Proud, an advocacy ground and production company that aims to increase trans visibility and stands up for transgender issues. She uses her voice and platform to speak up for the trans community and has spoken at the White House and the UN.

Norman was the first trans woman of color to ever model for a mainstream market. In the '70s, her career was taking off, but her transgender identity was kept a secret. But shortly after being outed in 1980, her modeling career came to an end. After a 30-year hiatus, she made her return to the fashion and beauty world. Tracey, now 64, modeled for Clairol's "Color As Real As You Are" campaign in January 2017, 40 years after her first campaign with the brand. In 2016, she was one of the first two transgender models to appear on the cover of Harper’s Bazaar, alongside Geena Rocero.

well! here is the cover of @elleuk september 2016! [whispers] hi honey. okay lol i'm gonna skip the corny stuff and just say thank you to the army of people tagged above who turned this out. you can pre-order my cover via the link in my bio (ships first week of august). also shout to @amandlastenberg @zayn and k-stew y'all are truly some freaks! #riseoftherebel #representationmatters #ellexhari

A model, actress and activist, Hari Nef has been taking the fashion world by storm. She was the first trans woman to ever be signed by IMG Worldwide. She walks the runways at fashion weeks all across the world and has been featured on magazine covers like Elle. Nef is also killing it in the beauty scene—she is the first transgender model to be a spokesperson for a L'Oréal Paris ad campaign in the U.S. But aside from being an amazing model, Nef is a vocal advocate for trans visibility and rights, with a sharp, no-bullshit sense of humor.

#protecttranskids #TransIsBeautiful @Regrann from @mic - In a conversation with Mic, @lavernecox has shares how she dealt with her trans-ness growing up along with a powerful message for the transgender kids out there who are going through the motions. - #regrann

Although she isn’t directly involved in the beauty and fashion industry, you can’t deny that Laverne Cox has seriously awesome style. Laverne is an actress and advocate who has been speaking out for those who don't have a voice. She was the first openly transgender women to ever be nominated for an Emmy and the first openly transgender person to ever appear on the cover of TIME. She continues to be a leader for the trans movement and stands up for the LGBTQ+ community and transgender rights through various avenues. She was also the producer for the documentariesThe T Word and Free CeCe. 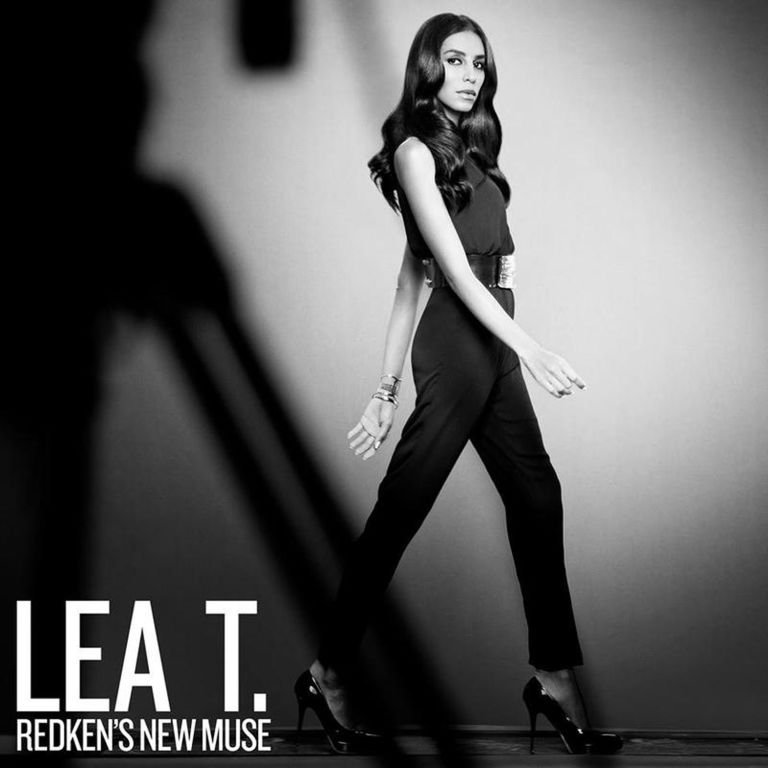 Brazilian-born and Italian-raised transgender model Lea T has been taking the fashion industry by storm ever since her big break in 2010, when she was cast in a Givenchy ad campaign. She's been featured in magazines like Vogue Paris and Love Magazine, in which she was kissing Kate Moss on the cover. In 2014, she became one of the first ever transgender models to be the face of a global beauty brand, Redken. She is also a transgender advocate and activist.

If at the beginning of my career in the modelling industry or half way through it or even this time last year you told me that I would end up having a 4 page feature in AMERICAN VOGUE I would have probably told you 'oh I dunno about that! That might be a bit difficult to achieve in the near future.' In fact I was told by various people many times over that the chances of me ending up on these pages were slim to none. So you can only imagine what I'm feeling right now! Thank you #AnnaWintour, #TonneGoodman, #PatrickDemarchelier and #HelenaSuric for making history and having me be part of it but even more importantly for representing a whole social minority and an often forgotten community of women in such an important publication and opening doors for the rest of the fashion industry to do so! Thank you to my agency @thesocietynyc for being the most supportive agency in the world and pulling off the amazing come back! Hair by @shayashual Makeup by #Yadim @Voguemagazine Link in my bio! #historicalmoment #blessed #freedom #everybodycomeout #bestrong #befierce #beyou

Andreja Pejic was the first trans woman to ever grace the cover of American Vogue. She was also the first transgender female model to be the face of a major makeup campaign, Make Up For Ever. She has walked the runways for Marc Jacobs and Jean-Paul Gaultier, among many other designers. Before her transition in 2014, she was known as the first completely androgynous supermodel. She is working a documentary on her transition process called Andrej(A), which is expected to be released in 2017/2018.

This month we are proud to celebrate transgender beauty and how models like Valentina Sampaio, who is posing for her first ever Vogue cover, are changing the face of fashion and deconstructing prejudice. Valentina Sampaio photographed by Mert Alas & Marcus Piggott, styled by Emmanuelle Alt, with make-up by Isamaya Ffrench and hair by Paul Hanlon. Out February 23rd. @emmanuellealt @valentts @mertalas @macpiggott @isamayaffrench @paulhanlonhair @YSL #emmanuellealt #ValentinaSampaio #MertandMarcus #isamayaffrench #PaulHanlon #SaintLaurent

This year, 20-year-old Brazilian native Valentina Sampaio became the the first ever transgender model to grace the cover of Vogue Paris—and the model's relatively new career has been taking off. She officially came out as a transgender woman in March 2016 in a video for L’Oréal Paris for International Women’s Day, and is also an ambassador for the beauty brand. She has been on the cover of Elle Brazil as well.

Who saw my trailer air during the Oscars last night?! The @Revlon commercial with @LadyGaga was also everything To me, love is Passion. Acceptance. Undeniable. #LoveIn3Words #TheLoveProject #ad

Gigi Gorgeous is a transgender model and YouTuber with over 2.5 million subscribers. She came out as transgender in 2013 on YouTube. A documentary called Gigi Gorgeous: This Is Everything was recently released and tells the story of her transition process. It premiered at the Sundance Film Festival in January 2017 and is available on Youtube Red.

Shedding a tear in this month's @glamournl

An Amsterdam native and transgender model, 21-year-old Valentijn De Hingh rose to fame after being the subject of a documentary, Valentijn, that documented her experience from age eight to 17 as a transgender child and teenager. She has been photographed by Patrick Demarchelier and has walked runways in the high-fashion scene.  She was the first transgender person to be signed to IMG Models, not to be confused with IMG Worldwide, which is the worldwide distribution of the company. Valentijn also spoke at TED x Amsterdam.

Anjali Lama is a 32-year-old Nepali transgender model. She recently made history by becoming the first transgender model ever to grace the runway at Lakmé Fashion Week in Mumbai last month. Aside from killing it on the catwalk, Lama was on the cover of ElleIndia this year as well.