It's 100 miles long and a world away from New York City, but Long Island creates a unique brand of woman that you can't help but love. Or love to hate. We're a tough bunch to get along with, and if you're dating one of us, then you'll totally relate to these 18 things.

1. She will either share listicles like this on a weekly basis or roll her eyes at those who do

There will be no in between.

2. She will eat almost anything

Growing up with lots of different nationalities and a proximity to fresh seafood has made her fearless when it comes to food.

3. She will plan for traffic even if it is only a few miles

Just another day on the good ol' L.I.E!

4. She will accidentally quote Billy Joel lyrics to you more than she means to

5. She will reminisce fondly about the nights spent tearing up dance floors at banquet halls celebrating her friends’ 16th birthdays Oh, you didn't spend every weekend of sophomore year attending mini-weddings that cost at least $3,000?

6. Her hangover cure will be a bacon, egg and cheese sandwich (maybe with hashbrowns if she’s particularly emaciated)

7. Her pride for LI is validated considering the A+ talent her island has churned out (Kevin James, Ralph Maccio, Rosie O’Donnell)

It’s not her fault, though. They just get played at every New York sporting event!

9. She’s used to being near water, so too much time spent inland will make her a bit panicky

Not like she'll swim in it—it's just nice to know it's there.

10. She will feel passionately about whether you should drive or take the LIRR into New York City

Of course she won’t call it New York City. She’ll just call it “the city.”

11. She'll be bitterly disappointed when she realizes most other states do not get Jewish holidays off

This one just hurts.

12. She’s the type of girl to sneak wine in a thermos

Don't ask us why (another accidental Billy Joel quote), but she's always a woman to me.

Sure, there's a million people on Long Island, but we somehow all know Theresa Caputo.

14. She believes anything above the city is considered upstate 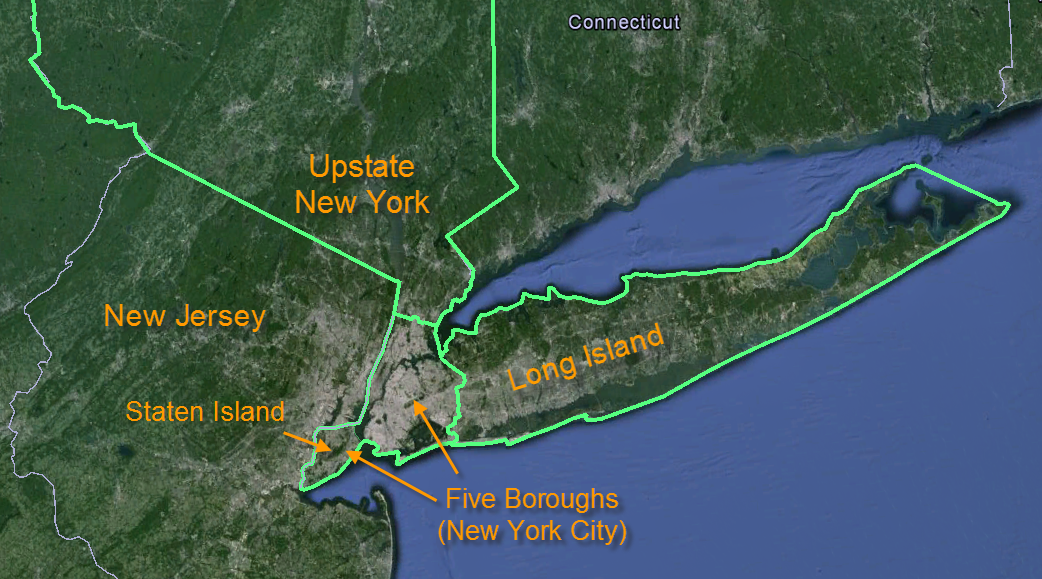 Even you, Westchester County…

15. She will roll her eyes at tourists in New York but will then spend 30 minutes taking a candid picture for her Instagram against a plain wall

Sure, if she's not a tourist then there's no reason her followers need to know she went to the city, but that logic doesn't work for her.

16. Her sense of humor may not be the most politically correct Read any New York Post headline and you'll see why.

17. She will politely remind you that F. Scott Fitzgerald wrote this about the area she grew up in

18. And that Schmidt from New Girl said this about the area she grew up in: