Today January 25, 2017 marks Alicia Keys’s 36th birthday, and she just keeps looking better. You know the talented singer-songwriter for her iconic lyrics, for her New York anthem with Jay-Z, and for her free spirit. We can’t help but "keep fallin’ in love" with Alicia and her fashion, so let’s go through the singer's looks over the years. Alicia exudes confidence at the Soul Train Awards in her black and white outfit. 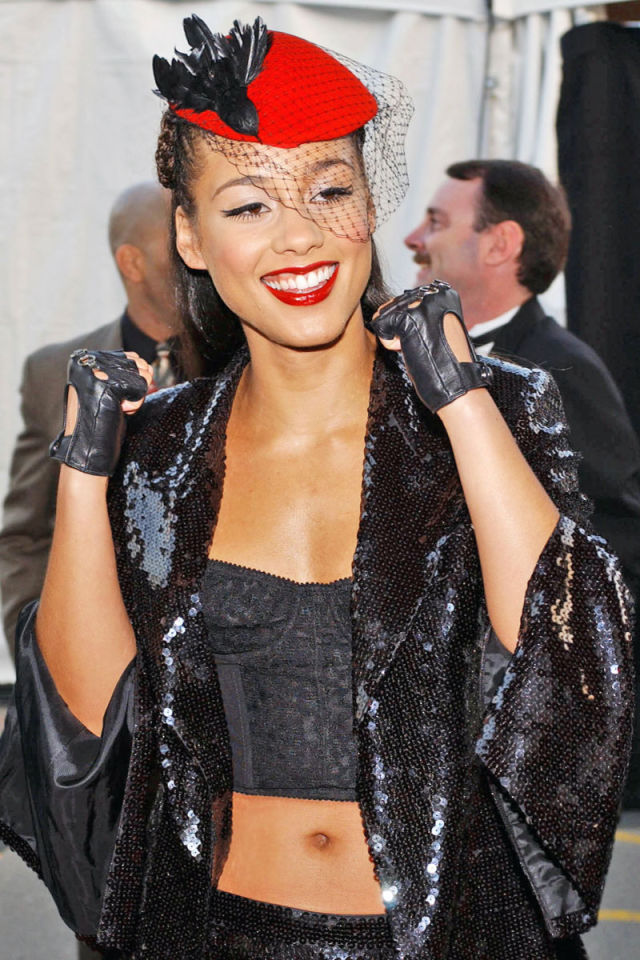 Alicia looks incredible at the 29th American Music Awards in her corset and glitter suit. Her red retro headpiece, along with her red lipstick, cut through the black sequins perfectly. Alicia wears her then-signature look at the VIBE Awards. 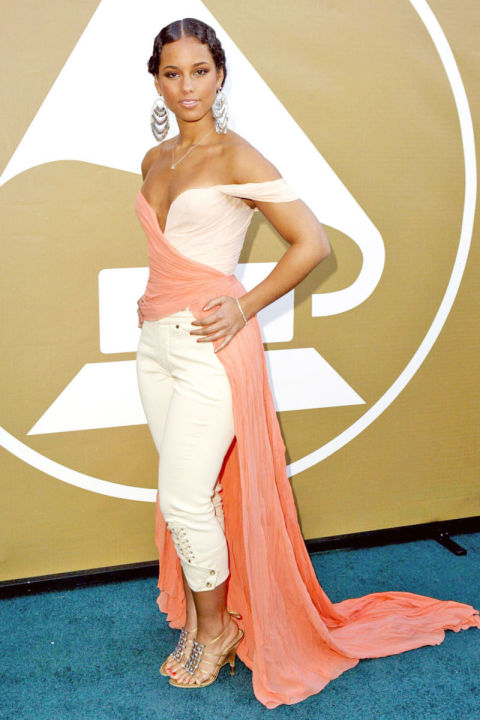 At the 46th Grammy Awards, Alicia wears a part-dress, part-pants outfit—and somehow pulls it off? 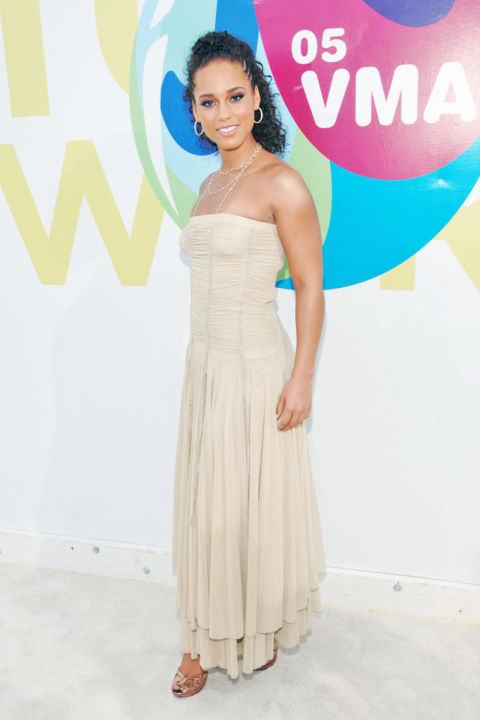 Alicia looks stunning at the MTV Video Music Awards in her strapless dress. 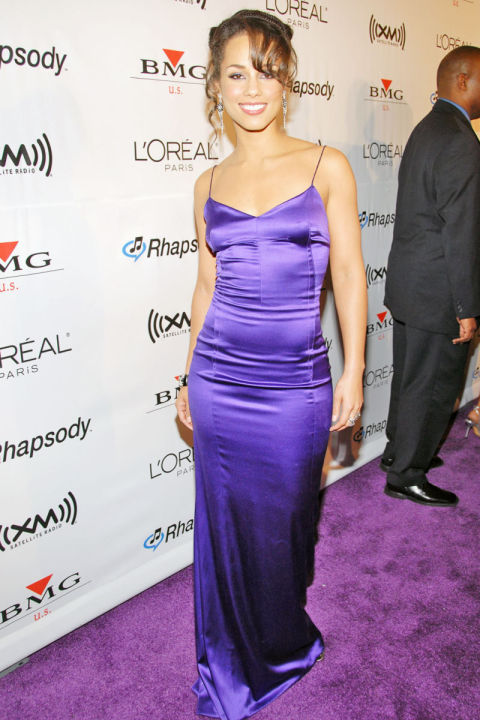 Alicia wows at a pre-Grammy party. She slays in her ivory dress at the Costume Institute Gala at the Metropolitan Museum of Art. At the American Awards, Alicia wears a one-shoulder purple dress that fits her like a glove. That pink slit dress is EVERYTHING. 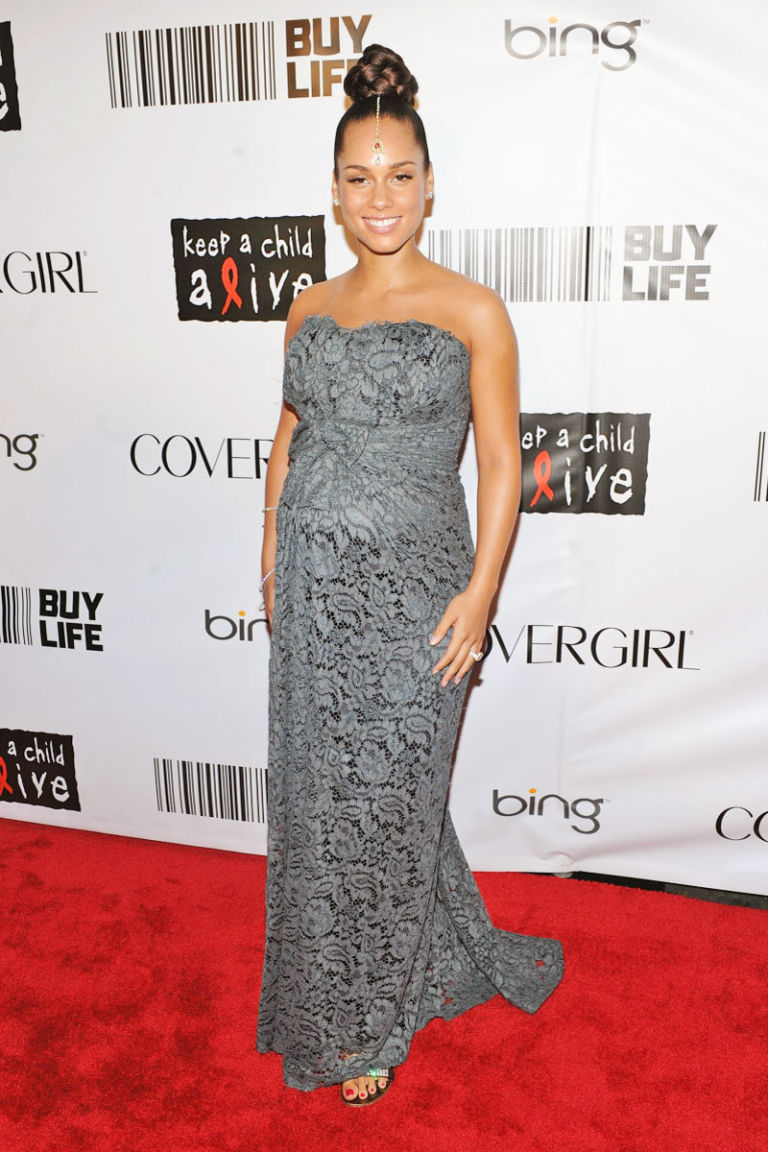 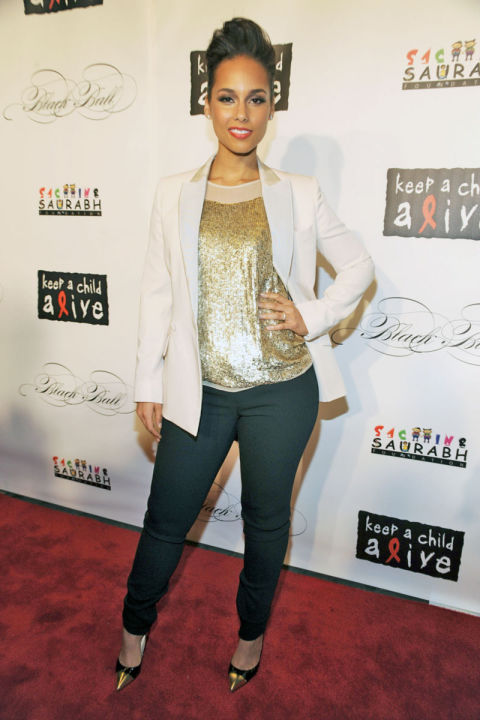 At the eighth annual Keep a Child Alive Black Ball, Alicia sports a gold top with an off-white blazer that work perfectly together. Let’s take a moment to apreciate the HIV/AIDS research activist in that bomb outfit. 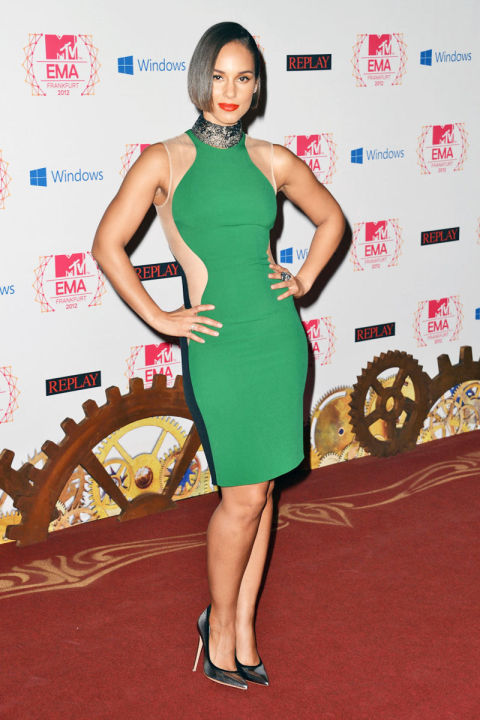 This whole situation is all my brain can process right. Is it possible to look this beautiful??? 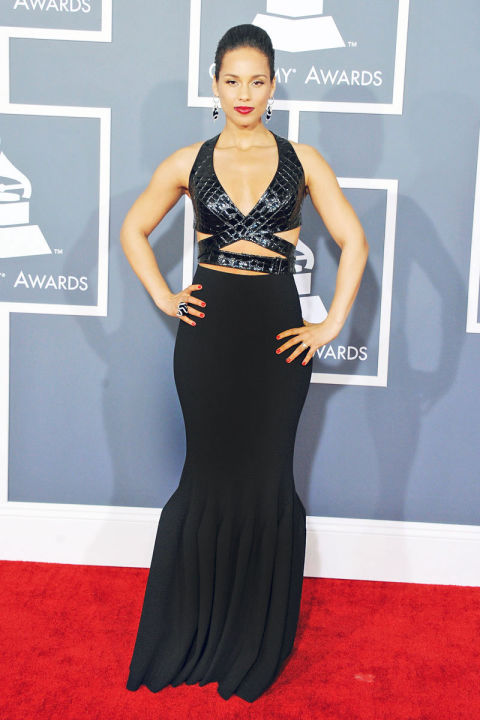 This blue dress at the 58th Grammy Award is ridiculously stunning.

Alicia looks like a rocker in her Prince shirt and leather high-waisted skirt at the Billboard Women in Music event. 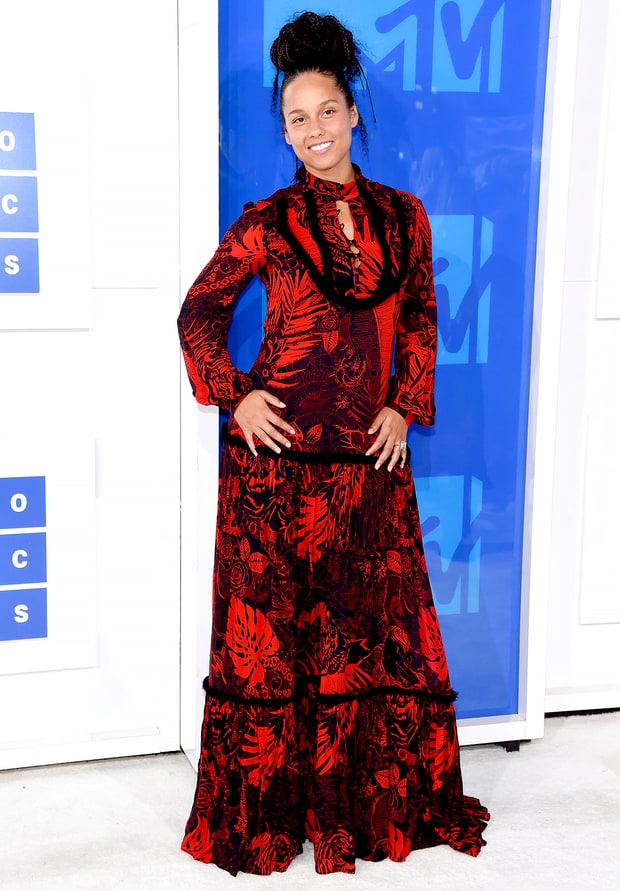 Alicia goes makeup-free in a now-iconic dress at the MTV VMAs. 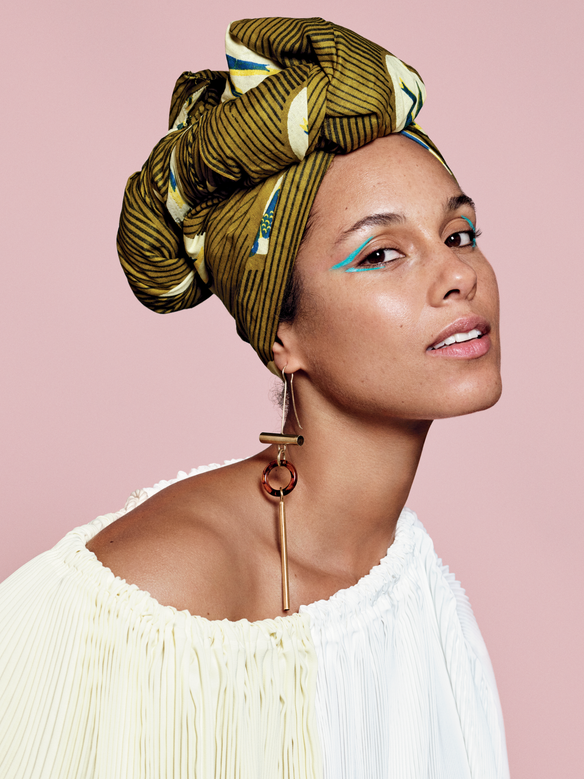 Alicia Keys demonstrates her definiton of beauty to Allure and rocks a stunning head scarf.