Nick Viall's season of The Bachelor is turning out to be full of firsts. Not only is Nick a woke bae and a four-time Bachelor star, but his season also welcomed the first Bachelor contestant who talked openly about being in a relationship with someone of the same sex.

In a teaser shown at the end of the premiere, contestant Jaimi talks about revealing to Nick that she'd been in a previous relationship with a woman. It's a big first for the show to have an openly LGBTQ contestant, and we couldn't be happier and prouder that The Bachelor is becoming open to different kinds of relationships. It's important to note that Jaimi didn't label herself as bisexual, but we're hoping she opens up more about her past in coming episodes. 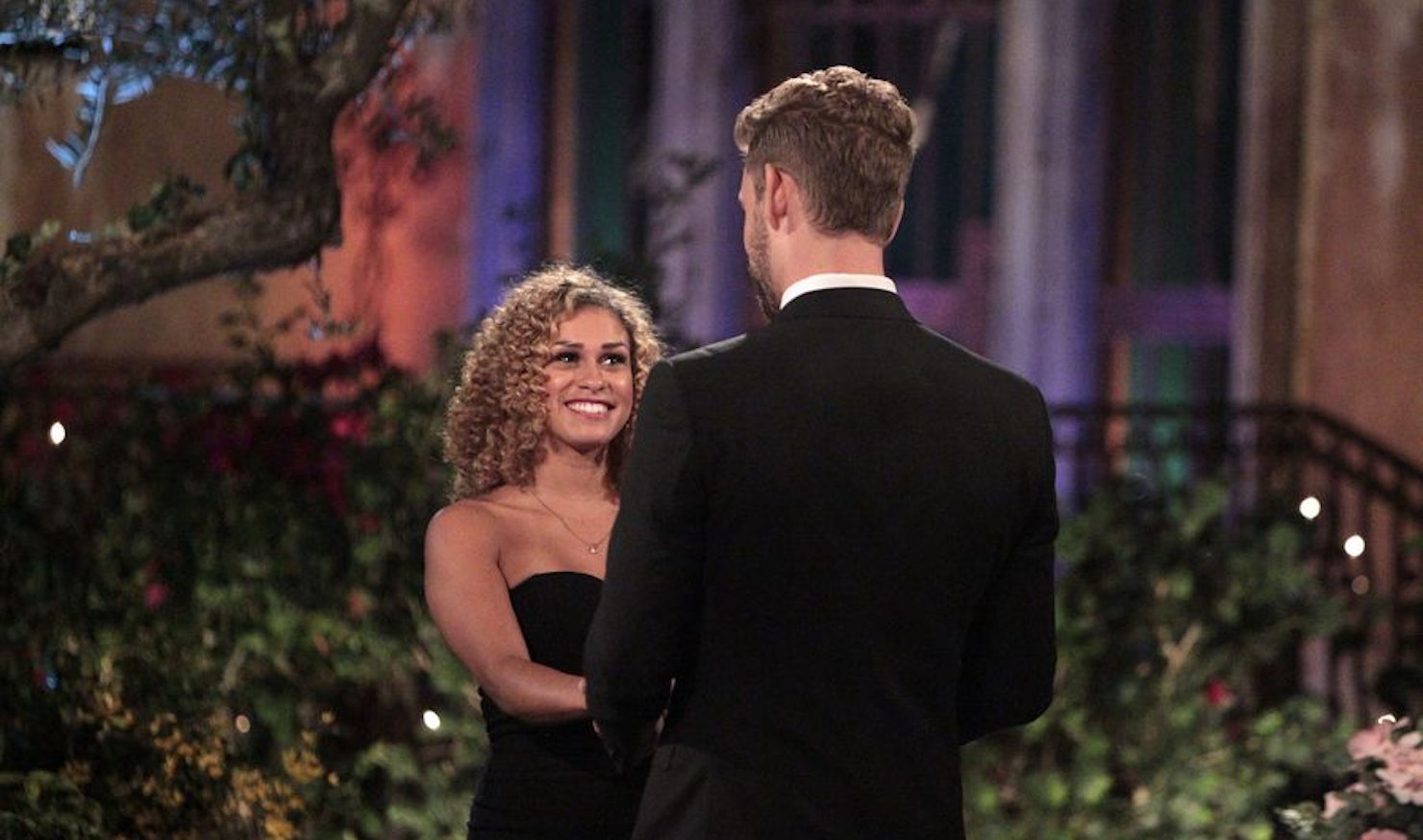 What's more, Nick seems totally okay with Jaimi's sexuality. "Nick was really receptive to my past relationship with my ex-girlfriend," Jaimi says. "It felt good to kind of set the stage for the rest of my time here."

YAS, Jaimi, we can't wait! It's so crucial that reality TV shows accurately portray love—and encourage LGBTQ fans to audition for the show themselves. I'm looking forward to seeing how the franchise depicts topics of sexuality and acceptance; hopefully Jaimi is only one of many in the LGBTQ community to star on our fave show in the future.