There’s more to learn from high school than just trigonometry, that the mitochondria is the powerhouse of the cell and that Holden Caulfield was a little overdramatic. Your early teenage years are a time of extreme personal growth, and there’s a lot to gain from romance at this age! Making your first steps into the world of love and sex and all they entail is super important for your personal maturation as well as your relationships in the future. 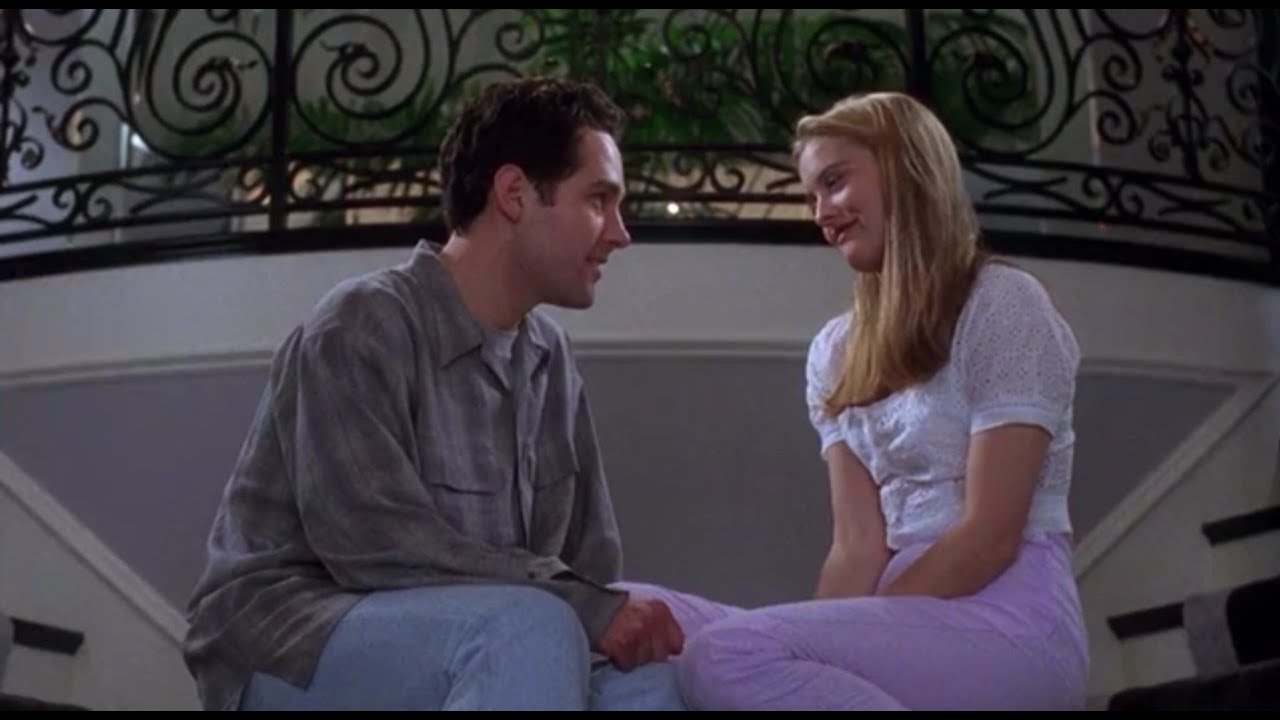 So you can try to avoid our missteps and know what to look out for, we polled some collegiettes with firsthand high school relationship experience to give us the do’s and don’ts. We also talked to a psychologist to let us know what behavior is healthy and what isn’t. Read on for five red flag-relationship mistakes that you should lay to rest in high school!

Unrealistic expectations can impact your romantic endeavors in a number of ways. You might project certain traits onto the person you’re interested in or want to change them in some way. These often get their start in high school, when you haven’t yet been hit with the realities of adult life.

As we all remember, being in high school is a time of heightened emotions. We have hormones to thank for this; they, for example, make us feel inclined to tell people we love them way earlier than we might actually feel. “In high school it was so common for people to date for a week or two and already tell each other that they loved the other person,” says Monica Flickinger, a sophomore at California University of Pennsylvania.

While it’s really hard to assess how genuine your feelings are at any given moment, just try sitting on them for a while. Sleep on it (at least once) before you decide to tell your significant other. “It's a super bad habit because it can push people away if it accidentally slips out or it can also really confuse your perception of what it is to be in love,” adds Monica. Your feelings might very well be legitimate—but this is a big deal! Take your time to think on them.

Your expectations will inevitably distort your actual connection with your significant other. It’s hard not to have them, but just check in with yourself from time to time. “Caring too much about the ‘checklist’ vs. the real person” can be really harmful to your psyche in addition to your relationship, says Dr. Ramani Durvasula, Ph.D., clinical psychologist and professor of psychology at California State University, Los Angeles.

The world of romance in college is also structured differently than it is in high school. You don’t have the advantage of seeing the same people five days a week for eight hours a day. “I had never really realized that the high school way of meeting someone was so unrealistic, and that college would make it much harder to start dating someone who you didn't previously know,” says Taylor Petschl, a junior at Cal Poly San Luis Obispo. It might take more effort to meet someone whose company you genuinely enjoy, but that extra effort is what makes it all worth it.

Related: 4 Signs Your Relationship Is Codependent

We know, we know. We sound like old farts here. But there’s something to be said for mystery! Social media can drive us absolutely crazy, whether it’s related to FOMO or that ex that you have a paranoid fear of (and subsequently stalk to no end on all of their social media you can find). “Everyone posts too much stuff about themselves,” says Dr. Durvasula. “This is never a good idea for relationships where too many opinions can often lead someone to questions themselves within their relationships and not appropriately communicate.”

So chill out with the social media. You’ll probably find that once you take some time off, you start enjoying the little things going on in your life a lot more. Plus, you’ll also likely experience less relationship insecurity! “A typical high school relationship involves texting all day, every day, checking each other's Snapchat best friends (back when you could), asking ‘what's up’ constantly, etc.,” says Bridget Higgins, a senior at UMass Amherst. “That kind of behavior seemed intimate in high school, but quickly becomes a huge turn-off in college.”

It can be easy for people’s lives to begin to revolve entirely around their social media presence once they get to college. Don’t let this happen to you! Take a break, consider deleting the apps or maybe even deactivating some accounts. It’s not healthy for you to be constantly checking in on the person you’re interested in—it will lead to the sort of unrealistic expectations we mentioned before and worsen any worries you might have about the romance.

Bad sign! Jealous tendencies, on your SO’s part or your own, are a good indicator of deeper issues. If it’s on your end, you might not be in the position to be pursuing someone right now. It’s not fair for you to hold someone accountable for an insecurity that you have.

If the jealousy is coming from your partner and it’s unfounded, it’s likely impossible that you’ll be able to assuage their fear. That said, it might be necessary to take some time apart so that they can deal with whatever they need to that is giving them a complex about your behavior that is prompting their envy.

If you are doing something that is prompting the jealousy, stop. It’s completely unfair for you to string along another person if you have interests elsewhere, and if you’re messing around with other people just to get a rise out of another person, that’s not cool either. Unless they’re into it and you have some sort of arrangement worked out (and don’t forget the feelings of the third party involved!), intentionally trying to make someone jealous is just a no.

“Figure out where the vulnerabilities are and whether they can be addressed via communication or mindfulness,” says Dr. Durvasula. “But if despite that the jealousies cannot be kept at bay it may be one of those insurmountable barriers.” This might be an issue that you or your SO need to figure out on your own.

Related: 5 Signs You Are Too Good for Your Significant Other

It’s so easy to be passive aggressive. It often gives us a sick pleasure, and if you’re a person who doesn’t like or doesn’t know how to deal with conflict, then it’s just easier. That doesn’t make it okay though. “An unwillingness to confront difficulties may not be as extreme [as outright aggression] but it is a bad sign—and may be a good idea to cut your losses early,” says Dr. Durvasula.

It’s also just not going to get you anywhere. “College is busy—I am busy. I don't have time to figure out what you want out of a relationship or what you mean by a text,” says Bridget. “Being straightforward is attractive in college.”

This doesn’t have to necessarily be a deal-breaker, though! There are ways to deal with this kind of behavior. “Passive aggression is often a result of feeling unheard, unable to clearly communicate, lack of practice with communication, petulance, or immaturity,” says Dr. Durvasula. “When people do it to you—model direct communication to them, [and] if you get called out on it, grow up and find a way to address it.” These are hard behavior patterns to change, but they’re really only hurting you and the people in your life.

Controlling tendencies are another really unhealthy habit you should try to avoid from both ends of the relationship. Any kind of manipulative traits are, like jealousy, something that either you or your SO needs to address immediately—for your or their own personal benefit as well as that of the relationship.

College is, for many of us, our first experience with such a huge amount of personal responsibility. Putting limits on that will make your experience in college as well as the relationship far less fulfilling and informative. “Having someone constantly check up on you, who you're with or what you're doing seems incredibly controlling and doesn't allow the freedom and independence necessary to a healthy relationship,” says Bridget.

As for any kind of aggressive behavior that might be the product of immaturity in high school that lead someone to think that’s okay—it’s not. Obviously. “Leave. Immediately. It's a presage of more to come,” says Dr. Durvasula. “Aggressive behavior is not acceptable in a relationship.” Your safety and personal well being is paramount, and you should ask for help from someone else if your partner is ever aggressive.

If you’re not in a situation where you can reach out for fear of your own safety, try giving subtle signs to your friends or an authority figure who might be able to notify, for example, your RA or a campus administrator. You can also check out the resources at The National Domestic Violence Hotline.

While you may no longer be with your significant other from high school (if you had one), there’s still a chance you may have carried some of those unhealthy behaviors with you to college or that someone you’re newly getting involved with may exhibit them.

Take active steps to eradicate these behaviors from your relationships. Many of these high school habits are only hurting you, and while Dr. Durvasula says that high school relationships let you “learn how to manage a broken heart,” you do want to try to avoid more heartbreak in the future!