With a range of occupations, from model, to entrepreneur, to reality TV actress, is it really that much of a stretch to think Kylie Jenner may have also added singer to her list of accomplishments? Her fans think it's possible, but Jenner definitely doesn’t agree with the latest rumors. 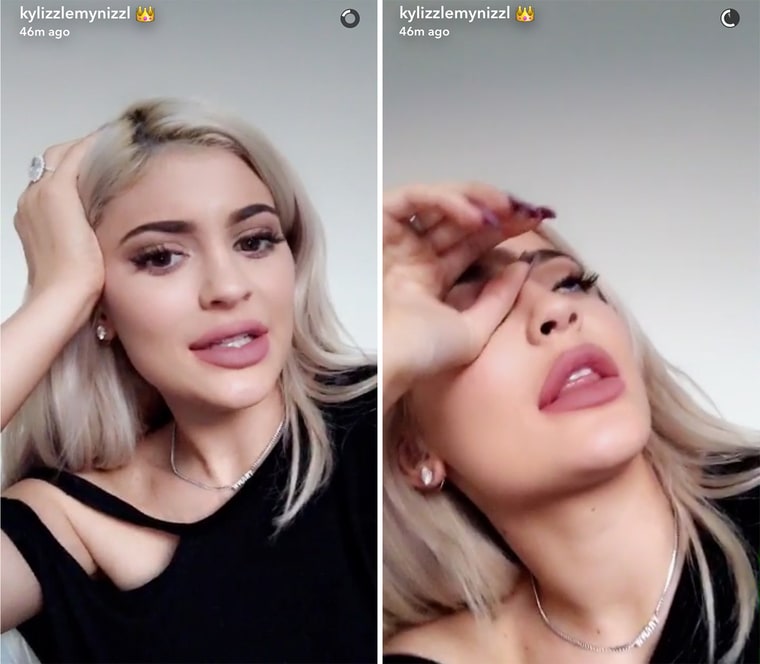 On Wednesday, Jenner posted a Snapchat story denying that she is actually the lead singer of Terror Jr. The rumors arose after a fan found the rights to the Terror Jr song “3 Strikes,” and noticed that Jenner’s name was included in the Composers, Authors and Publishers registration. Jenner used the song in her "Glosses" music video to promote her new line of products in March, so the connection is there. Of course, everyone freaked out at the news and the rumor spread as fast as any Kardashian-Jenner rumor does.

Teen Vogue even interviewed the group about the rumors, but the only response they recieved to any questions were grape emojis. They aptly pointed out that Jenner also loves grapes... coincidence?

"I haven't had lip fillers, it's just lip liner!"
"I'm not the singer from Terror Jr!"

Kylie, however, was not having any of it. In her Snap story she quickly shut down all speculation, saying that she wasn’t involed in the band at all:

“Hey guys. Public announcement: I’m not the singer of Terror Jr or whatever [they’re called]. I love their music, but for those wondering it’s not me guys. It’s not me,” she says in the video. “So, yeah, I don’t know if the band is trying to get a little attention or what’s going on, but it’s not me.”

Still, not everybody was convinced.

So Kylie just straight up lied and said that she's not the singer of Terror Jr on her snapchat... hmm @KylieJenner

Well, can she really blame us all for thinking that ‘singer’ was just another area of expertise on her extensive resume? Listen to the song below and decide for yourself.

Phrasal Verbs and the Environment Worksheet

Victrola Releases Flesh, Blood and Bone and Snoopin Round My Door