Welcome to your weekly recap of all things super. We know we're not the only ones who obsess over (read: schedule their lives around) the CW superhero shows: Supergirl, The Flash, Arrow and DC's Legends of Tomorrow. So it follows that the superhero-loving community—those who stalk Stephen Amell on Twitter and vigorously like all of Grant Gustin's photos on Instagram—should have an online forum to read about happenings in the DC-verse, as well as an area to vent and gush over the latest comic gossip. This week in superheroes… 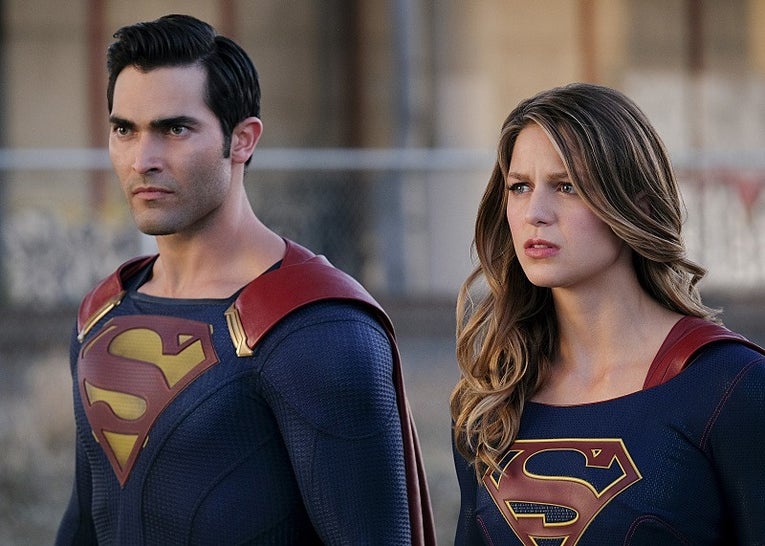 Our Favorite Quote of the Episode:

Of course an episode of Supergirl wouldn't be complete without Winn's winning humor (an equal match to that of Felicity and Cisco). He delivered the tension breaking line, "Superman and Martian Manhunter are going to fight. This is terrible. This is awesome!"

What Had Us Yelling at the TV:

When we found out that Cat, whose nice side we have come to love this season, will be taking a sabbatical from CatCo. Our feelings of anger also erupted when Alex tried to go all Cadmus detective on her own. Who's taking care of who now?

What We Can't Wait to Find Out Next Week:

Who the heck is the guy from the pod?

Our Biggest Questions About the Episode:

Flashpoint has made this show all kinds of confusing. Caitlin is Killer Frost, but no one knows? Jesse is a speedster, but Wally isn't? Also, WTF is Malfoy's problem?

The One Thing You Need to Know About This Week's Episode:

Barry and Iris went on the most awkward date of all time, which we hope didn't set a precedent for their relationship.

We had a major fangirl moment when Barry talked back at Julian in that sassy British accent. (For real though, we don't trust that guy. Is he Alchemy?!)

What We Can't Wait to Find Out Next Week:

OMG Alchemy is going to try to control Wally the way he did to Magenta, right? Wally's had dreams about being a speedster like he was in Flashpoint. And he is probably going to fall for it because he is so desperate to have powers. Is it Tuesday yet?

The One Thing You Need to Know About the Episode:

Wednesday night's episode of Arrow seemed to be straight out of Stephen Amell's imagination. Having his WWE buddy Cody Rhodes guest star as a drug dealer, who cooks up—you guessed it—"stardust," was loads of fun. 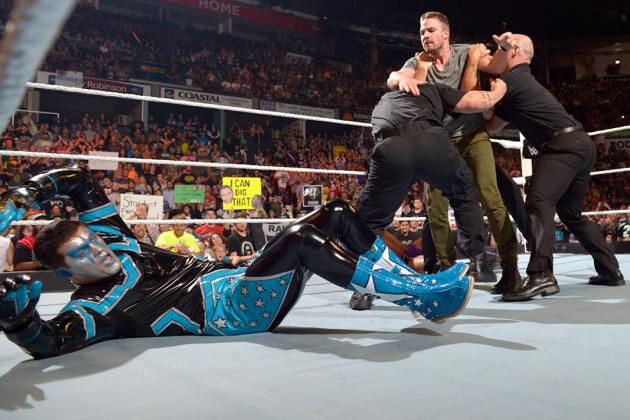 What Had Us Shouting at the TV:

Due to the reckless actions of one of Oliver's new recruits, Wild Dog (who we also don't trust, Ollie, and find quite annoying), the aforementioned drug dealer ended up in a tub of chemicals and turned into some kind of zombie who feels zero pain. Nice going, Wild Dog.

In another interesting turn of events, Deadshot is alive and in jail with John—or at least we thought he was. Turns out, he was merely a figment of Dig's imagination, brought on by the guilt he feels for killing his brother, Andy.

Don't think we missed that comment about a vigilante in a hockey mask. We see you, Casey Jones.

What You Need to Know About the Justice Society of America:

The Justice Society of America consists of Vixen (the grandmother of the Vixen that guest-starred on Arrow last season and has her own animated series on CW Seed), Commander Steel (Legends newbie Nate Heywood's grandfather), Doctor Mid-Nite, Hourman, Obsidian and Star Girl. 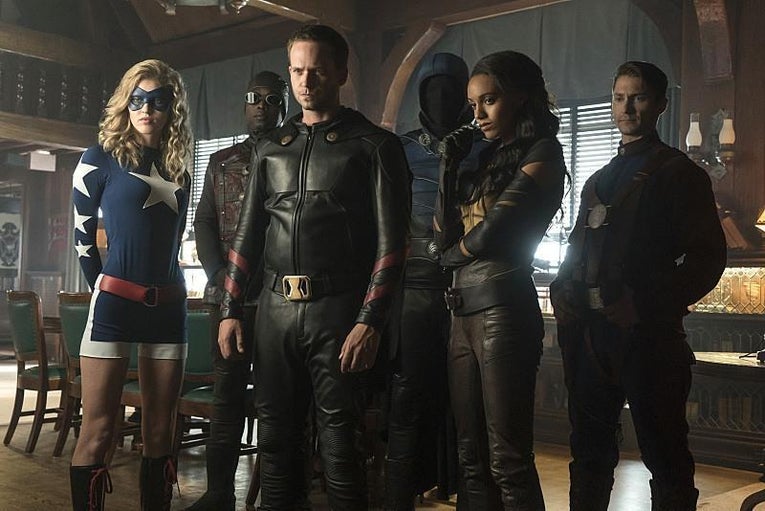 Our Biggest Questions About the Episode:

What the heck is the Reverse Flash doing in 1942, giving a Captain America-like potion to the Nazis? Is this the same Reverse Flash from Flashpoint? Did Barry changing the timeline have an effect on the Legends, too?

And why did we have to say goodbye to Patrick J. Adams so soon? We'll take all of him we can get in any universe.