The past decade has brought about many things, from social media to Netflix to Justin Bieber to the rise of Chipotle…to a generation of guys who think ungentlemanly things are cool AF. Like the old saying goes, collegiettes, boys will be boys. Although they get under our skin every minute of every day, we can't live without them… or can we? Read below for 11 things only women who have been dissapointed by men understand. 1. If you tell them to leave you alone, they probably will 2. Any girl who expresses herself is deemed crazy

Newsflash: it's not insane to be human.

3. The tools mean nothing if you don't know how to use them 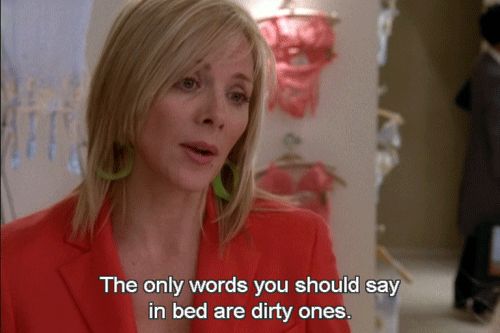 A man in the streets is not necessarily a freak in the sheets. *dissappointed sigh*

You could send an 800-page hardcover book and still get a one-word response.

"She's just my friend but we do hook up every weekend but I don't like her but I don't want to lose her but yeah we're friends." #OK It's alarming how easily some guys let go of the most amazing girls.

7. They don't really think anything is a big deal

PSA: Telling a girl that the thing she's upset about isn't a "big deal" will absolutely make it an even bigger deal.

8. They don't know how to talk about their emotions Seriously, you ask them how they feel and they act as if you asked them to murder someone.

Ladies, you know exactly what we mean. No means no, dude. And by "it" we mean legitimately everything.