Facebook is once again in the spotlight for its censoring tactics after deleting a post from the personal page of Norwegian Prime Minister Erna Solberg. Apparently, Facebook’s censors confused an iconic war image for child pornography.

“The Terror of War” was shot by Associated Press photographer Nick Ut during the Vietnam War. The photo, which merited a Pulitzer Prize, showed children, including a young, naked girl, screaming as they ran from a fiery napalm bomb. 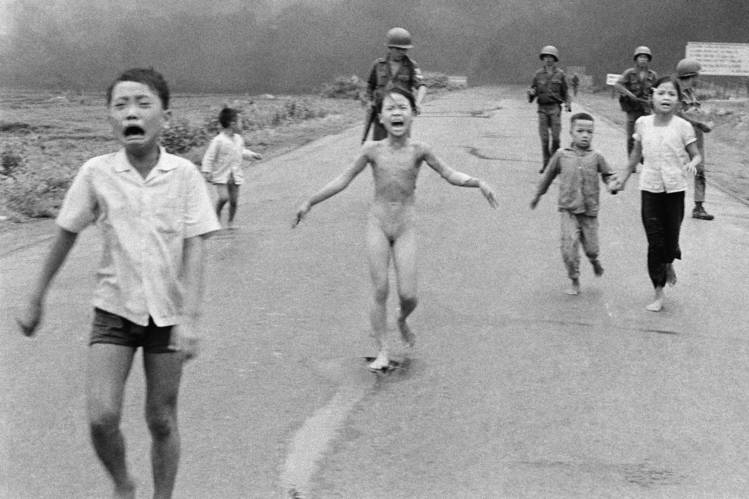 According to NBC News, Norwegian author Tom Egeland first posted the photo to Facebook as a remembrance of memorable wartime photography. The post was deleted. Then, Norway’s largest newspaper, Aftenposten, published a story on how Egeland’s post was censored. Facebook posts relating to that story were promptly deleted, too. Outrage sparked even more outrage when Espen Egil Hansen, Aftenposten's editor, took up the entire front page of the newspaper to criticize Mark Zuckerberg and Facebook's policies.

Finally, Prime Minister Solberg joined the debate by posting "The Terror of War" on her personal Facebook page. Her post, too, was deleted.

“Facebook gets it wrong when they censor such pictures,” Solberg wrote in another post to Facebook. “It limits the freedom of speech. I say yes to healthy, open and free debate—online and wherever else we go. But I say no to this form of censorship.”

The Wall Street Journal reports that Facebook, despite not being a media company, is the largest news platform in the world, with 44 percent of the U.S. population scrolling their News Feeds for the day’s news. Therefore, when the company decides to take down content, freedom of speech becomes an issue as well.

“Facebook has guidelines, but beneath them it has layers and layers of people,” Tarleton Gillespie, a communications professor at Cornell University, told the WSJ. “The real question is what are the public implications of a review process that must make these decisions, at scale and under pressure, across hundreds of reviewers, thousands of times a day.”

Beyond the human element of the review process, Facebook and other similar social media companies employ PhotoDNA, a technology that scans for images related to child pornography and exploitation, to flag inappropriate content. However, experts don’t believe that the "Terror of War" photo would have fallen under PhotoDNA’s “inappropriate” criteria.

Since the outrage over the censorship of Prime Minister Solberg, Facebook promised to reverse the deletions of the image, along with adjusting their “review mechanisms” so that the powerful photo could be shared online, the Washington Post reports.

“We recognize the history and global importance of this image in documenting a particular moment in time,” a Facebook spokeswoman wrote in a statement. “Because of its status as an iconic image of historical importance, the value of permitting sharing outweighs the value of protecting the community by removal.”

In true “Stand Up To The Man” form, Prime Minister Solberg promptly reposted the images.