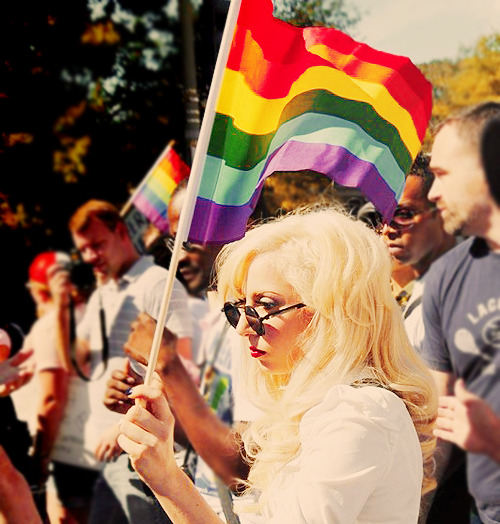 This is an easy and quick way to support the LGBTQ community. Whether you contribute $5 or $500, every bit counts. The National LGBTQ task force, which is geared toward breaking down the barriers that the LGBTQ community face everyday, allows you to donate and get involved by becoming a change agent or member. Katherine Barton, a student at Auburn University, donated to the task force and says it was as easy as clicking a button. “I went to their website and they give you options on how much you want to donate. If you want to do an unlisted amount, all you have to do is type it in and then add your billing and payment information. It was so simple but still very rewarding.”

There are a number of reasons why this is a problem outside of the LGBTQ community. For starters, it’s sexist to use statements like “women are so emotional” but also hurtful when you factor in LGBTQ community. “In discussions around feminism, avoid cissexist statements and try not to make statements that contain the assumption that all/only women get periods, or that all/only men have penises,” says Jacqueline Marchioni, a student at the University of British Columbia. Steering clear of these generalizing statements also allows for an open discussion on what pronouns they would prefer. While this can also be done on campus, this is especially important off campus because when out in the real world, people may not be as forgiving on a college campus. Jessica Evans, a student at the University of Missouri says, “I have had experience with asking someone which pronoun they would prefer I use. It’s a lot easier to ask when you meet rather than messing it up and having to apologize.” Because if or This goes a long way and not only will it much appreciated that you were considerate enough to ask but it avoids an awkward situation and we already have enough of those going around.

The gay, lesbian, bisexual, transgender (GLBT) National Help Center is always accepting volunteer applications. There are a variety of ways you can help from being a part of the GLBT national hotline staff to fundraising and marketing. You can find the volunteer application on their website along with a blog forum, peer chat room, booklists that deal with LGBTQ issues and social and support resources that are in your area.

Related: 5 Things You’re Not Currently Doing That Will Make You A Better Ally

This can be done when you hear someone speaking rudely toward the LGBTQ community by correcting someone when they use offensive language about the LGBTQ community (even in a joking manner) can go a long way. Or, if you wanted to advocate on a larger scale, call your local politicians or lobby for better treatment of the LGBTQ community in your neighborhood. A good start would be paying attention to LGBTQ issues in the upcoming election.

“Write to lawmakers and protest homophobic and transphobic laws, such as ‘bathroom bills’, which prevent trans people from using bathrooms safely – or sometimes even at all,” says Jacqueline Marchioni.

This may seem like a no brainer but surprisingly, people still have trouble with being respectful toward others. When it comes to LGBTQ issues, follow the platinum rule and treat people the way they want to be treated and hold off on making any judgments before you get to know a person. You may not agree with how they choose to live their life but just because you don’t agree with it, doesn’t mean you can’t make an effort to understand it. So, if you know anyone who is a part of the LGBTQ community, make an effort to be there for him or her. Knowing they have a friend to turn to helps when not everyone is as understanding. Likewise if you yourself are a part of the LGBTQ community, know you’re not alone and that there are organizations targeted toward making the world a better place for you.