One of the least-discussed (and, arguably, most important) issues at stake this election season is global climate change. We’ve all heard of it, and we all know to reduce-reuse-and-recycle—But since the American response to this phenomenon affects everyone worldwide, it’s time we start understanding what the U.S. government has planned to fix this growing problem.

So what is global warming?

This is due in part to the increase of greenhouse gases, like Carbon Dioxide, or CO2, in Earth’s atmosphere.

Anup Shah from Global Issues explains that greenhouses gases are to the Earth like salt is to humans. We need some salt to survive, and it definitely makes food taste better to use it, but too much of it becomes unhealthy. Similarly, there are some greenhouse gases that keep us alive on Earth, and, according to the National Aeronautics and Space Administration (NASA), the amount we are supposed to have keeps the planet at a comfortable temperature, instead of close to freezing all year long. But a lot of the things that people are doing to make their lives easier, like using spray cans and burning down certain forests, are actually hurting our planet by adding too many greenhouse gases to the atmosphere, causing the Earth to heat up more than it should.

According to NASA, the increase of these gases can be attributed to both natural and human activities, but if we as humans don’t start doing something now, the worldwide climate change could be irreversible.

Fixing these issues has been left in the hands of the government for decades, but not much has been accomplished. Environmentalists hope that will change in the coming years with the election of a new U.S. president.

So where do the candidates stand on climate change? 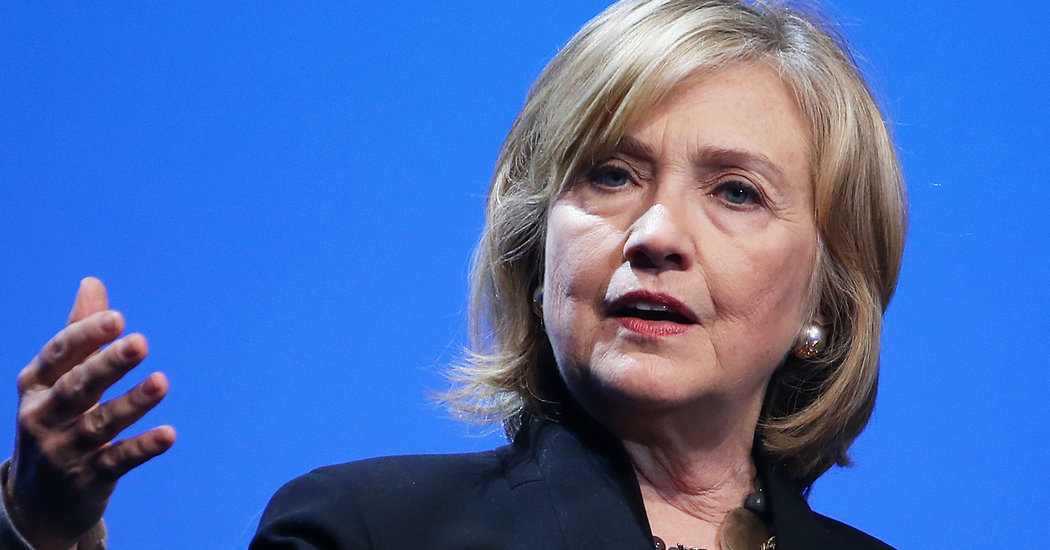 Hillary Clinton’s campaign focus about this issue is on clean energy. She agrees with science that climate change is a huge problem, and has several plans to fix it.

Her official website says that she wants to make “America the world’s clean energy superpower,” through the installation of more solar panels, the reduction of energy waste, and the minimizing of American oil consumption. She wants to follow in President Obama’s footsteps by continuing his “Clean Power Plan,” and her ultimate goal is to reduce greenhouse gas emission by 80 percent by the year 2050. While David Roberts from Grist claims that reaching this goal could be possible both economically and physically for the U.S., it would require immediate and decisive action by legislators, many of whom still deny climate change.

To combat these “climate deniers,” Clinton’s claims on her campaign website that she will work against global warming without the help of Congress, suggesting that she is willing to overstep the legislative branch and make the controversial executive orders that President Obama has been so widely criticized for.

Furthermore, her plans are criticized by opposition who say that her ideas are much too broad. They argue that she may try to change her position on the issue, since she won’t make any definitive statements.

Finally, others say she simply isn’t passionate enough about the issue, as her campaign chairman, John Podesta, said in an interview that climate change is not one of Clinton’s top priorities this election season.

Bernie Sanders may now be out of the race, but it's worth looking at his former plans to see how the other candidates stack up. Sanders had detailed and extensive plans to combat climate change. His ideas included an increase in electric transportation options and a state-by-state plan to switch to renewable energy sources, but, like Clinton, he probably would have faced heavy criticism from Congress had he tried to implement these changes.

Sanders specifically said he does not condone natural gas or nuclear power. Some argue that this leads America right back to the coal industry, by eliminating its other low-cost options, but he maintained that only a strong and decisive action, like banning these energy sources from the start, can make change at this point.

“If the United States took the climate threat as seriously as it did the Nazis in World War II,” Matt Vespa said in paraphrase of Sanders, “the country could, in a few years, radically transform its entire energy system.”

It is clear that Sanders made the environment a top priority in his campaign, and that he was the only one to truly do so. However, some have pointed out that Sanders' campaign pushed Clinton's campaign farther to the left on the issues, and he may have done that for climate change as well. Ben Adler of the Grist wrote in June that Clinton clarified several of her positions on climate change issues, such as fracking, after Sanders started talking about them on the campaign trail. Sanders was also allowed to choose five members of the Democratic party's Platform Drafting Committee due to the strength of his campaign—and one of his picks was Bill McKibben, a prominent environmentalist.

Donald Trump has said very little about climate change and environmental issues over the course of his campaign. In September 2015, Trump told Hugh Hewitt that “We have much bigger problems.”

For this reason, Trump once claimed that he would abolish the U.S. Environmental Protection Agency (EPA), in favor of businesses, but he does think moving to alternate energy sources could be beneficial.

Unfortunately, he says, wind turbines are “expensive to build without a subsidy,” an issue has proven true in other countries, with wind power costing up to three times more than that of natural gas. “I don’t think [wind power] can make it,” Trump said, “Which is a big problem.”

In his own business expenditures, he has worked at home and abroad to minimize erosion (the degradation of soil that, according to the World Wildlife Fund, is known to cause harm to wildlife and agricultural endeavors), but that seems to be the extent of his environmental concern.

Whichever candidate you agree with, it’s important to understand that climate change affects all of us, even today.

In the United States, David Biello from the Scientific American writes that global warming will produce hotter and wetter summers, more severe thunderstorms, deadly heat waves and the extinction of wildlife. He even attributes the California and western wildfires to climate change.

Humans will be directly affected by climate change even more with an increase in allergies and asthma and more deadly extreme weather.

Finally, across the world, a hotter Earth means less food will be able to grow, and with scarce water, everything will be more expensive. There will be less rain and more droughts like ones that a lot of the country has been experiencing lately, as well, and ocean levels are expected to rise several feet by the year 2100. This means that in our lifetimes, we could see the sinking of major cities around the globe.

The effects of global warming will cost our country millions of dollars if we don’t do something now to start fixing it. Make sure climate change is a topic you consider when deciding who to vote for this November!