Brendan Dassey, the nephew of Making a Murderer star Steven Avery, might be released from prison after a federal judge overturned the original ruling on his case, according to CNN. Dassey was originally convicted on charges of murder and sexual assault. If he does not go to trial within the next three months, Dassey will be free to leave prison, where he has been since his 2007 conviction. 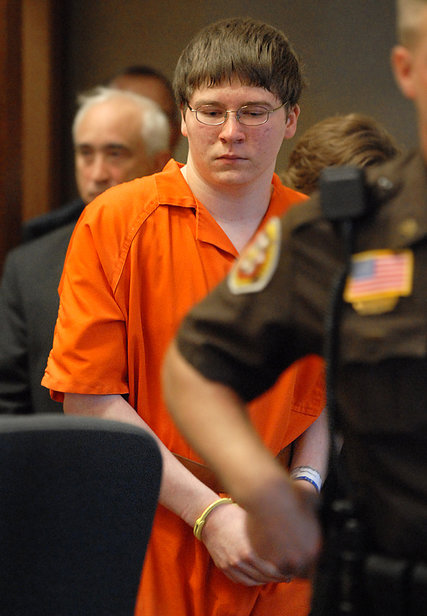 The original case ruling was overturned because federal judge William E. Duffin found the police officers in the trial to be using methods of interrogation that were inappropriate for Dassey given his “low average to borderline range” IQ, as well as the fact that he was 16 at the time of the trial. Because of these factors, interrogation methods that are considered “coercive” make any evidence inadmissible (though the same wouldn’t be true for adults or people without disabilities).

The judge added that Dassey’s own attorney acted “tactically and ethically inexcusable” in his handling of his client’s case. There’s a lot of legal jargon here, but it just generally seems suspicious that it took a Netflix series and some media attention for this case to be reviewed. It's yet another story that makes our justice system look really questionable. Even Gigi Hadid was calling this case out!

Rolling Stone reports that Laura Ricciardi and Moira Demos, the directors of Making a Murderer, stated that they will “continue to document the story” of Avery and Dassey “and follow it wherever it may lead.”

All we know is that this means more binge-watching as soon as new episodes of Making a Murderer are released. Netflix needs to clear this up for us, stat!