For years, reality TV has provided us with laughs, tears and major shockers. It's also given us stars we love and stars we love to hate. But let's not forget about the people who are labeled the villains of reality TV. You know, the ones who are obnoxious, stir up trouble for everyone and leave a bitter taste in your mouth. For avid fans of The Hills, the villain that automatically comes to mind is Spencer Pratt (and rightfully so). However, if you have tuned in to the most recent seasons of The Bachelorette and Bachelor in Paradise, you're aware of the fact that Chad Johnson is the clear enemy of most contestants. 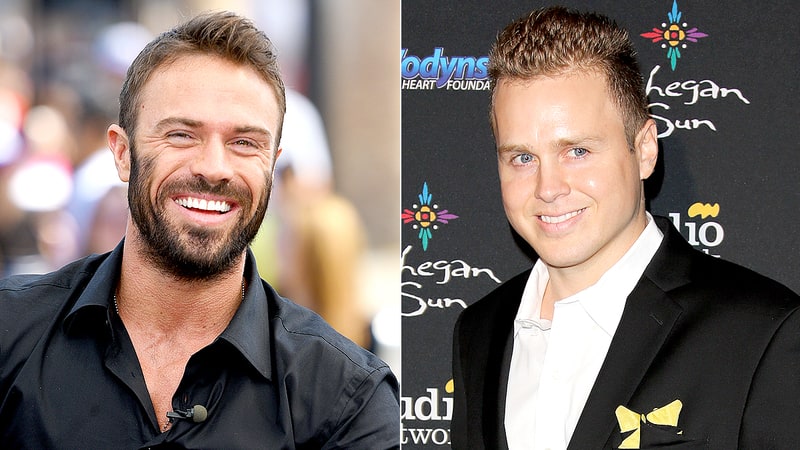 Now, the two villains are in cahoots, as revealed during After Paradise (Bachelor in Paradise's after show). One of the biggest WTF moments from Bachelor in Paradise was the moment when Chad called Sarah Herron a "one-armed bitch" during the season premiere. Since then, Chad's actions have only solidified his image as the reigning antagonist. Even though Chad has apologized for his offensive words and claimed that certain footage was cut from the show, people still aren't convinced.

Believe it or not, there actually is one person who is on Team Chad—and it's Spencer Pratt. Shocker, we know.

During After Paradise, Spencer made an appearance via video chat, coming to Chad's defense. Like Chad, Spencer can relate to the villainous image people have come to associate him with.

Spencer believes that Chad was "pushed" into the role. TBH, we don't think Chad needed any help categorizing himself as a villian. As if that didn't prove that a bromance is brewing for Chad and Spencer, this tweet will:

Props to my bud @spencerpratt for havin my back, bein cool, and knowin how shit works on TV shows #AfterParadise#BachelorInParadise