Don't even pretend you weren't a little bit excited as soon as Chad appeared on Bachelor in Paradise last night. Even though the protein-obsessed Chad Bear is kind of nuts and insanely aggressive, he was one of the most memorable (aka hated) guys on JoJo's season of The Bachelorette. So we were clapping our hands in glee waiting for Paradise to be the same—and Chad did NOT disappoint! Except, well…he actually took it way further than we expected. "I think I might like him," they said. "I want to get to know him more," they said. "Chad could be interesting," they said. Nope. They were so wrong. Below are 15 times Chad took it way too far. 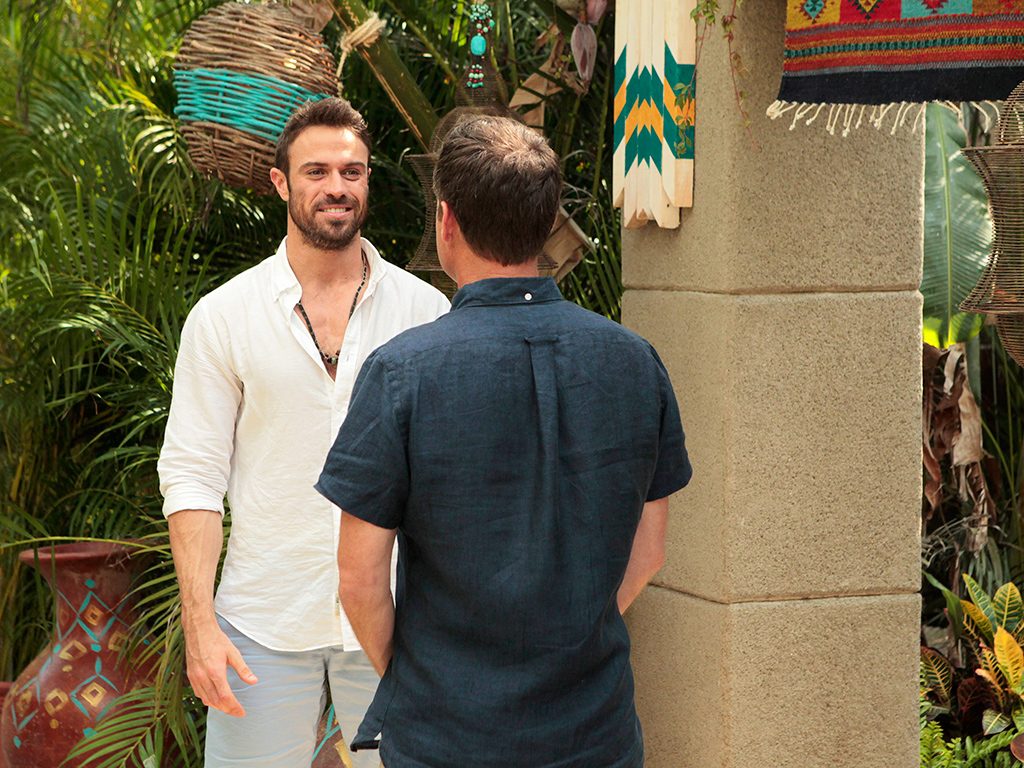 1. "Yeah, I still kind of want to rip his head off and throw it in the water," Chad happily confessed about Evan.

2. Every single time Lace shoved or play-slapped him, and he would shove her back harder

3. When Chad told Lace he wanted to throw her under a bus, "duct-tie" her up, and make sure she smells like peppermint—it's confusing and concerning

5. When he called Lace a bitch

6. "I'll murder everyone here. I'll kill your children and murder your family. Dolla, dolla bills, yo."

7. When Sarah called Chad out for being incredibly rude to women, and he responded with "Fuck that one-armed bitch"

8. When he threatened to hurt his bestie Daniel after he informed Chad that the cast is worried he's a "cannibal"

9. "You're such a bitch, dude. Why are you being so un-murdery?" he snarled at Daniel with confusion.

10. When he told everybody at the hotel to "suck a dick"

11. When he was so drunk he fell asleep, pooped his pants and let a wild crab nestle in his hair

12. When he agressively shouted at the producers during his on-camera exit, fearing that they would "make him look like an asshole"

13. That moment when he turned on our beloved Chris Harrison

14. "You don't even watch this. You went to sleep last night with a mimosa and a robe on. Fuck you, dude. Go drink your mimosas. You think this is all fun and games? This is my life. You're going to sit here and try and make me look like a bitch?"

It's official: Chad needs to be sedated and taken away, or Chris Harrison just needs to punch him in the face. Worse, it looks like next week's episode is going to be allll about crazy Chad. Didn't we learn on The Bachelorette that nobody gets rid of him that easy? We can only hope that no one feels the wrath of The Chad next week (except it looks like Evan totally does) and that everyone stays safe and sound.