If you’ve been wanting to catch up with Ben Higgins and his fiancée Lauren Bushnell since their season of The Bachelor ended, then your wish has been granted! Freeform, formerly known as ABC Family, announced Wednesday they have picked up a spinoff of the popular ABC dating series, which will focus on Ben and Lauren.

Ben and Lauren: Happily Ever After will follow the engaged couple as they plan their wedding and start their life together. According to TVLine, the docu-series will also focus on Ben's political aspirations and Lauren's path to discovering who she wants to be after her time on the show. In true Bachelor fashion, alumni of both The Bachelor and The Bachelorette will stop by occasionally to offer the duo advice. 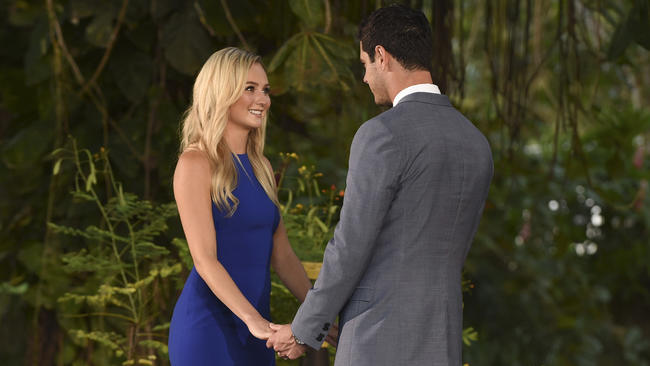 Unfortunately, the spinoff won’t premiere until October, but you can bet we will be there when it does. And for now we have JoJo's journey to find love as the Bachelorette to keep us occupied.

Are you excited to follow Ben and Lauren's road to wedded bliss?